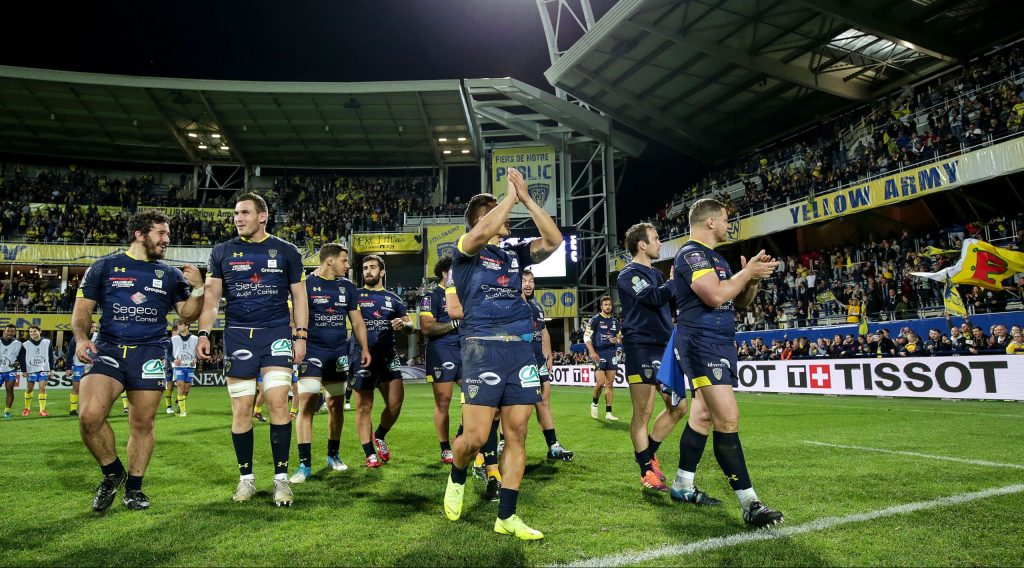 With the European Rugby Challenge Cup quarter-finals fast approaching, we are taking a look back at some of last season’s epic last eight clashes, starting with a thriller at the Stade Marcel-Michelin.

ASM Clermont Auvergne advanced to the Challenge Cup quarter-finals after an enthralling 13-try encounter with Northampton Saints, running out 61-38 victors.

Superb hat-tricks from Clermont’s Damian Penaud and Peter Betham ensured the French club would play in their fifth Challenge Cup semi-final against another Gallagher Premiership side, Harlequins.

After the quarter-final opened with a quiet 20 minutes, with Morgan Parra and Dan Biggar exchanging penalties, the game burst into life as centre Betham crossed for his first try of the evening.

A mistake from the Northampton back line then provided Penaud, son of Alain – who captained Brive to a European Cup victory 23 years ago – with an easy run-in to score. Parra converted his fellow France international’s effort.

Things went from bad to worse for the visitors when Australia international Taqele Naiyaravoro was sin-binned for a foul after preventing a certain score. As a result, referee George Clancey awarded Clermont a penalty try.

Parra began the second half with another successful penalty kick, but it did not take long for Clermont to grab a fourth try. Penaud collected a divine pinpoint crossfield kick from Camille Lopez and set up Betham to power his way over. Parra was unable to convert the score, though.

However, Penaud was soon back on the scoresheet with his second try of the evening, after weaving his way over the whitewash. Parra was successful with the extras.

At a packed Stade Marcel-Michelin, what was to follow was nothing short of astonishing. Luther Burrell, Alex Mitchell and Hutchinson all crossed for Northampton in the space of four minutes – all converted by Hutchinson – to bring them within six points of Clermont.

But after a Greig Laidlaw penalty, Tim Nanai-Williams ended Saints’ dreams of a comeback victory by dotting down in the corner, before Betham and Penaud both completed their hat-tricks. All three tries were converted by Scotland scrum-half Laidlaw.

Alexander Moon scored the 13th try of the game at the death for Northampton, but it was Clermont who advanced to the semi-finals.