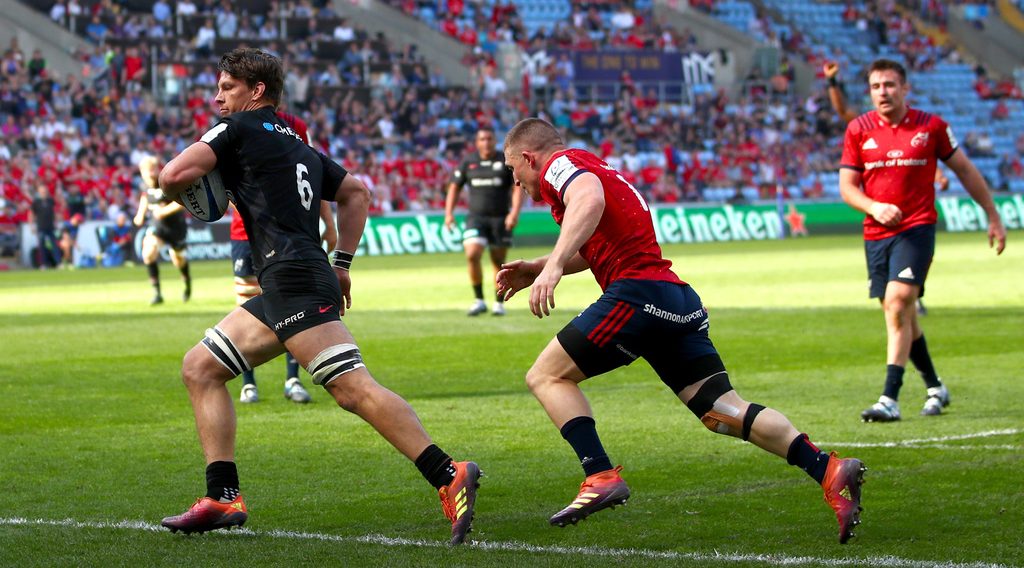 Saracens flanker Mike Rhodes has admitted he can’t wait to get back going again this season, having struggled with injury since helping the English club to a third Heineken Champions Cup in 2019.

The 31-year-old hasn’t featured for the defending champions this season and hasn’t been seen in European competition since scoring a first-half try for them against Munster Rugby in last season’s semi-final in Coventry.

But Rhodes is on the way back to action and could feature in Saracens’ quarter-final clash with Leinster Rugby next month at the Aviva Stadium, a re-run of last season’s final in Newcastle.

“The injury is coming along well,” Rhodes said, via Saracens’ official website. “One of the benefits of being in lockdown is I had a lot of time to rest it. I’ve actually come back into training feeling good from the back injury.

“It’s going well so far, hopefully it lasts as I’m getting on in years now! But hopefully the boys can look after me here and finish the next year.

“It’s always tough for any player sitting on the sidelines and watching; I’m one of the worst for it in terms of I don’t particular like watching the boys play when I’m injured as I’m biting my fingernails and not really enjoying the fact you miss it!

“It’s one of those things, it’s part of the game. Unfortunately, I’ve probably had quite bit of time on the sidelines due to injury and hopefully I can end this season without too much time there.

“This season has been a long one; I’ve only been able to play one game so far and hopefully we can end that and get a couple more under my belt.“