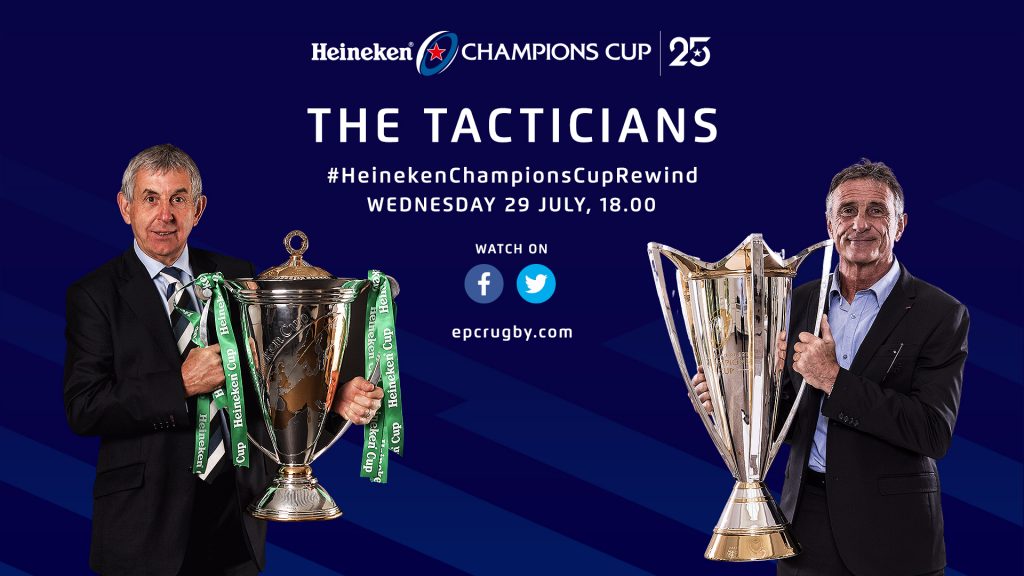 Wednesday’s Heineken Champions Cup Rewind Special will feature three master tacticians as we get the thoughts of Sir Ian McGeechan, Guy Novès and Pat Lam on some of their biggest successes in Europe’s elite club competition.

The Rewind Special will go live on ChampionsCupRugby.com at 18:00 (UK and Irish time) on Wednesday as the trio talk about their various European campaigns and victories along the way.

Former Toulouse and France head coach Guy Novès spoke of his side’s desperation to lift the first European Cup, saying: “At the time, when this tournament was created, it was the first edition of the European Cup, and we had already been French champions several times.

“And the truth is that, with all those titles, of course we were very happy, but we wanted to see how we would do and evaluate ourselves against other European nations.

“There were no English teams and we managed to win that final after extra time in Cardiff, against Cardiff. Defeating them on their home pitch was a great feat.”