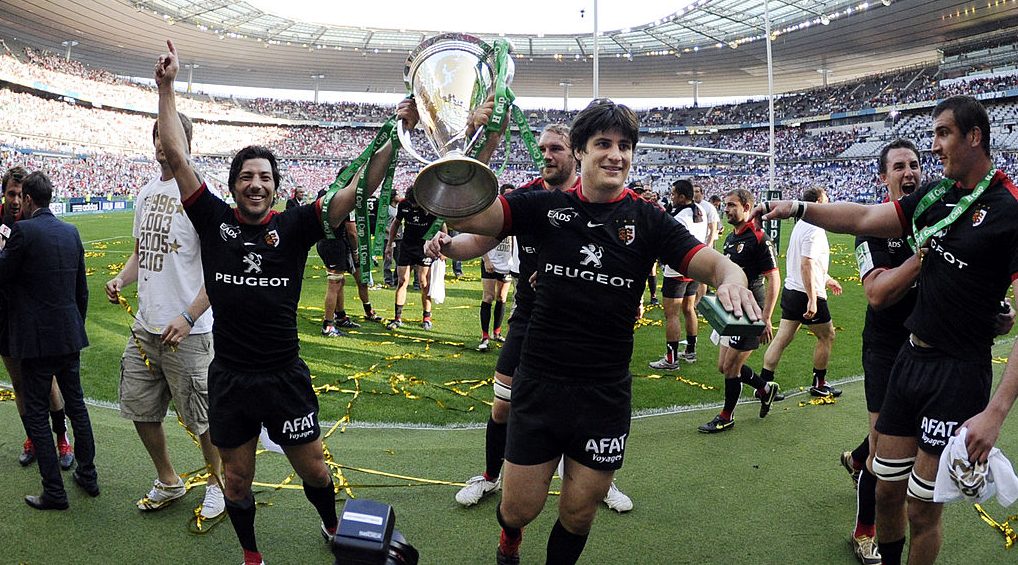 We continue our build-up to the Heineken Champions Cup Rewind – which features the memorable 2006 quarter-final between Toulouse and Leinster Rugby – with a look back at the French club’s record-breaking quartet of nail-biting European Cup final successes.

Toulouse became the first winners of the Heineken Cup after a gripping final at the Arms Park in Cardiff that went to extra time.

The French club deserved their victory, as they scored the game’s only tries – via centre Thomas Castaignède and scrum-half Jérôme Cazalbou, who touched down in the first 10 minutes, with fly-half Christophe Deylaud converting one.

However, fly-half Adrian Davies kept Cardiff Blues in the game, forcing the extra period with an injury-time penalty for 15-15 and levelling the scores again with his sixth penalty after Deylaud’s first shortly after the restart.

Then, going into the final seconds of the additional period, Irish referee Dave McHugh penalised Cardiff for handling in a ruck and up stepped Deylaud to clinch Toulouse’s win.

Seven years after their first Heineken Cup success, Toulouse were crowned European champions for a second time – but they had to resist a fierce fightback from Perpignan in a thrilling final at Dublin’s Lansdowne Road.

Toulouse stormed into a 19-0 interval lead via a try from wing Vincent Clerc plus 14 points from the boot of fly-half Yann Delaigue.

Toulouse made history when they became the first team to win the Heineken Cup three times after a dramatic extra-time victory over Stade Français Paris at Murrayfield.

Toulouse’s first European title needed the additional period and they again proved experts at going the extra mile, after fly-half Frédéric Michalak landed an easy penalty to equalise at 12-12 in the 78th minute.

Michalak then nudged Toulouse in front with his second penalty, before Stade Français fly-half David Skrela wasted an opportunity to level matters and Michalak sealed victory with a long-range drop–goal.

All Stade Français’ points came in the first half from four Skrela penalties, with Toulouse scrum-half Jean-Baptiste Élissalde replying with two. Élissalde landed his third on the resumption before being replaced and handing the goalkicking duties to Michalak, who duly stepped up to the plate.

Toulouse’s domination of the Heineken Cup reached new heights at Paris’ Stade de France, where they stretched their record-breaking run of titles in European rugby’s top club competition to four.

For their third final in a row they proved marginally too powerful for French opponents as Biarritz Olympique became the latest to succumb, with the kicking skills of centre Florian Fritz and fly-half David Skrela seeing Toulouse home.

Scrum-half Dimitri Yachvili kicked three penalties to one from Fritz to put Biarritz 9-3 ahead, only for two Skrela penalties and a Fritz drop-goal to edge Toulouse 12-9 ahead at the break.

Yachvili equalised the scores with his fourth penalty, but two drop-goals and a penalty from Skrela guided Toulouse to victory, despite a late try from centre Karmichael Hunt that was converted by replacement Valentin Courrent.