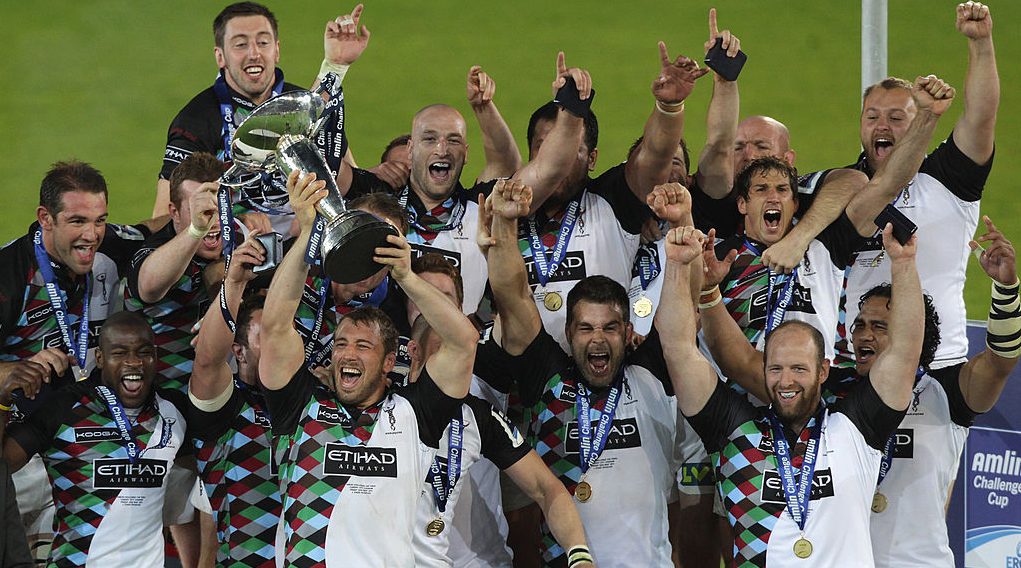 With Harlequins flanker Chris Robshaw announcing this week that he is to leave the English club at the end of the season to join American side San Diego Legion, we look back at his impressive European career in a Quins jersey.

The highlight was undoubtedly 2011, when he skippered the London outfit to their record-breaking third Challenge Cup title in a nail-biting 19-18 victory over Stade Français Paris at Cardiff City Stadium.

The former England captain, who led his country in 43 of his 66 Tests, had given a man-of-the-match display in the semi-finals, when he guided Quins to a rare 20-12 triumph over Munster Rugby in Ireland.

Indeed, Robshaw enjoyed plenty of memorable moments in his 19 Challenge Cup appearances, reaching the final twice and the semi-finals on two other occasions. Only once in his five seasons in the competition – in 2016/17 – did Quins fail to reach the knockout stages.

The 34-year-old’s second Challenge Cup final appearance came in 2016, when Quins lost 26-19 to Montpellier in Lyon.

His nine campaigns in the European Cup were not as successful, though, as the London club only qualified for the quarter-finals twice – in 2008/09 and 2012/13 – when they were respectively beaten 6-5 by Leinster Rugby and 18-12 by Munster, both at Twickenham Stoop.

Overall, however, Robshaw, who scored three tries in 64 European games, will be fondly remembered at the Stoop, having also led Quins to their first Premiership title in 2012.

Harlequins head of rugby Paul Gustard told the club website: “He is held in exceptional levels of esteem by all players and all coaches, and will be remembered as one of the greatest players to wear a Quins jersey. He will leave us for something new and different, but he will never be forgotten at the Stoop.”