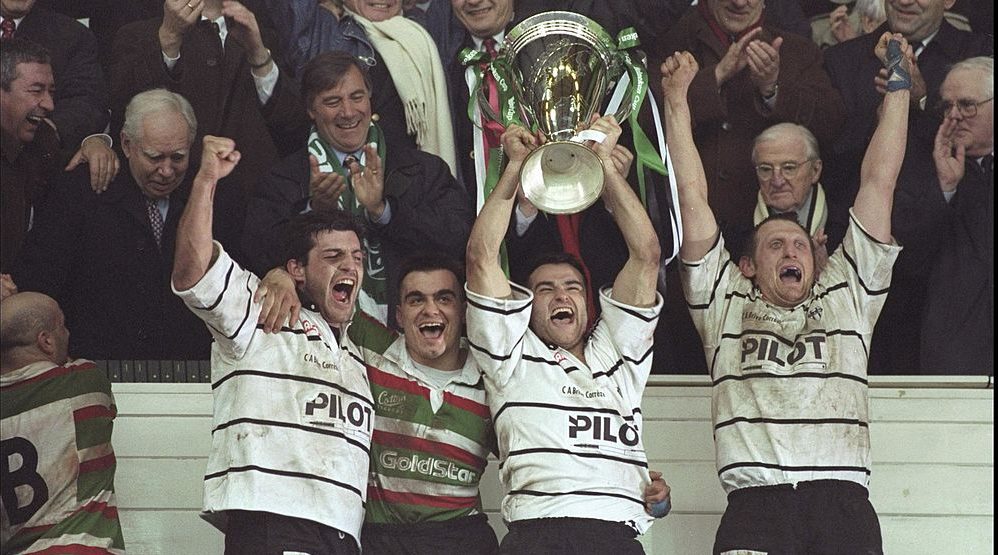 Former Brive fly-half Alain Penaud has said that winning the Heineken Cup in 1997 was a great achievement but admitted that his side blew the chance to claim back-to-back European titles in the 1998 final.

Peanud spent 15 seasons with the French club who claimed the 1997 title with a commanding 28-9 final victory over Leicester Tigers in Cardiff, a win that the fly-half explained was celebrated for several days back at home.

“We were still on cloud nine from the end of the game and we were driven on by a crowd that were accommodating, friendly and passionate over here,” said the 50-year-old. “But yes, we entertained the city centre for a few days.

“It was great to come together with everyone. For us it wasn’t only an opportunity for us to win the trophy itself, which was naturally a great achievement.

“Above all, it was a chance to celebrate the journey and everything we’d gone through. It allowed us to create a bond between the players and the people who worked at the club. That was a unique experience.

“We’d won the Challenge Yves du Manoir the previous year, in 1996, but that tournament was coming to an end and we didn’t necessarily see that as a big deal.”

However, Penaud did admit that the defending champions let the following season’s final pass them by, but refused to put the blame on Christophe Lamaison, who missed a late penalty kick that would’ve won the match for Brive.

In a European classic, Bath fought back to edge out Brive 19-18 in Bordeaux, with Bath full-back Jon Callard scoring 14 points from the kicking tee as well as the sole try for the English side.

“We were practically playing in front of our own fans in a full stadium,” Penaud added. “The Stade Chaban-Delmas was full to bursting, there was an amazing atmosphere, and we let it pass us by, but we didn’t let it pass us by in the final two minutes.

“It wasn’t the responsibility of Titou [Christophe Lamaison] or of Lissandro [Arbizu], quite the opposite. I think that it was everyone’s responsibility, including the management, including the club, because we weren’t able to handle the aftermath of the ‘97 final once and for all.”