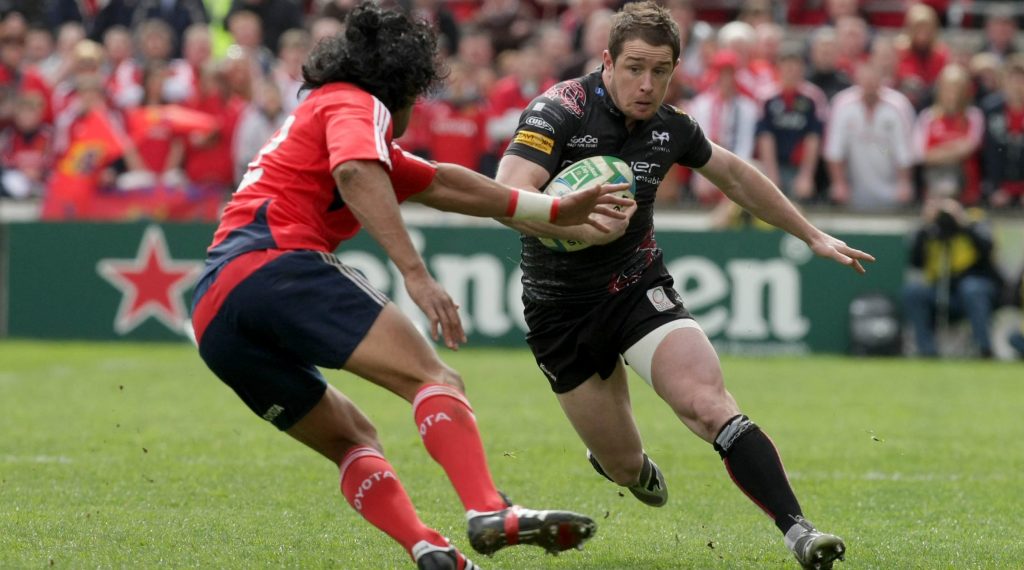 From being ‘in at the deep end’ in the late 90s to the heights of three consecutive quarter-finals a decade later, Shane Williams savoured every second of his Heineken Cup journey.

The former Ospreys wing is still as passionate as ever about a competition he describes as “the elite”, and joined the Champions Rugby Show to give an exclusive insight into how the love affair began.

“It’s the elite competition at club and regional level. I joined Neath during the 1999 season and straight away I was thrown in at the deep end. One of my first games was Perpignan away from home, Camberabero and players like that were playing and I had just barely come out of a Division 4 West side in Wales.

“I got thrown in at the deep end but I absolutely loved it. I couldn’t get over the standard of the rugby, the quality of the players I was actually facing. I fell in love with European and Heineken Cup rugby straight away, and I wanted more.

“To be playing against the best in the world – best teams in world and Europe – was huge and I just got addicted after that. Every time Neath played in the Heineken Cup I wanted to play.”

Who are you backing? 👀

Tune into the #HeinekenChampionsCupRewind on here at 17:45 this evening ⏪ pic.twitter.com/gk1p0dJoWL

Williams gave an insight into how the challenge Europe’s premier club competition presented raised levels everywhere in Wales – both on and off the pitch.

“When you had teams like Toulouse coming and playing in Ebbw Vale or you had the likes of Leicester or someone coming down it was just a massive challenge for these clubs, because traditionally Wales have always been very strong in a club sense,” he said.

“It used to bring huge numbers to the crowds and the crowds wanted to see the best players in the world play against their teams to see what they were made of.

“I think it was just seen as a massive challenge, like ‘we’re good, let’s see what the rest of Europe has got’. It was always a big occasion, these European clashes.”

Williams, who went on to reach a trio of consecutive quarter-finals with Ospreys in 2008, 2009 and 2010, is now retired and thoroughly enjoying the new career he has forged for himself in rugby media.

Who are you most excited to see in action in tomorrow's #HeinekenChampionsCupRewind? 🙌 pic.twitter.com/JkSzXVPDrS

“I just enjoy being at the grounds, taking in the atmosphere. One of the things I miss about playing rugby is the camaraderie, the atmosphere at the stadiums,” he explained.

“Being there amongst the players and the fans, I suppose the closest you can get to that when you retire is actually doing the commentary and the punditry. I love being sat in the gantry there amongst all the fans, taking in the atmosphere and just basically having a chat for a game with the experts and the co-commentators and just speaking my mind and into a mic as I would if I was watching in the house or in the pub with my mates.

“It is fun in that sense, I don’t feel the pressure any more. It’s certainly not as physical as it used to be.

“But sat there with the fans, and speaking about the game and enjoying the experience and seeing how rugby has moved on and watching the best players in the world and the best teams do their stuff, It’s probably as exciting as it’s going to get for me now. So I enjoy that side of it.

“But you ask any rugby player that’s retired do the miss it, and I promise you they’ll miss it until the day they die.”