Playing alongside Lomu a Heineken Cup highlight for Williams 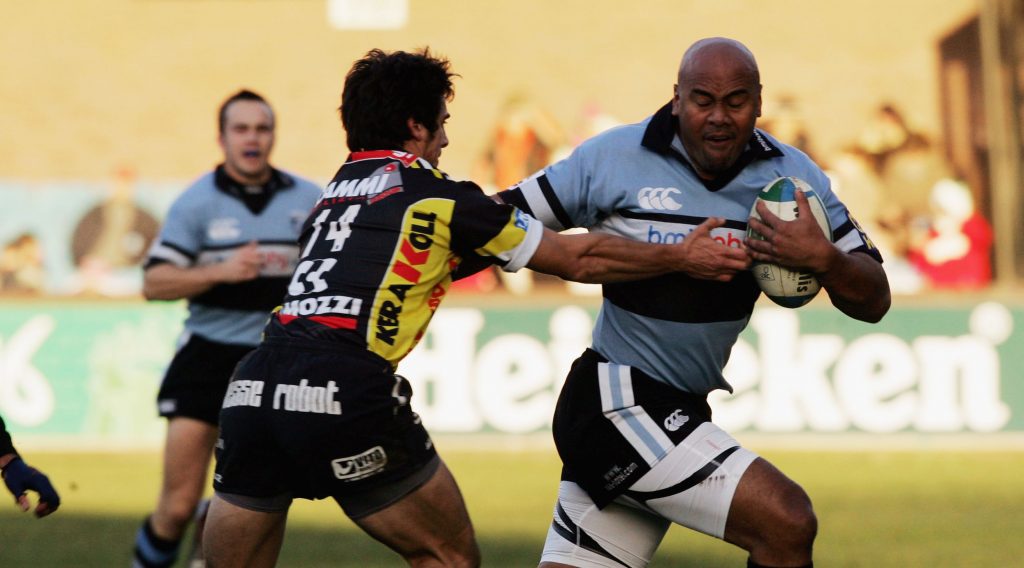 Former Cardiff Blues flanker Martyn Williams has described playing alongside the late Jonah Lomu in the Heineken Cup as “an incredible experience” and one of his highlights in the competition.

Williams was a member of the Blues side who welcomed the former All Black wing to Cardiff Arms Park in 2005, when Lomu made his Heineken Cup debut against Rugby Calvisano, before playing three more European games against Calvisano, Leeds Carnegie and Perpignan.

Despite enjoying plenty of success in European competition, including a 2010 Challenge Cup final victory over RC Toulon, Williams pointed to his experiences in a Cardiff Blues jersey alongside Lomu as one of his career highlights.

The former Wales forward told the Champions Rugby Show exclusively: “Everyone remembers that semi-final [in 2009 against Leicester Tigers, who won on a penalty shootout], but there were other memories like the Challenge Cup final in 2010 or travelling around Europe going to places like Calvisano and having people like Jonah Lomu in your side. What a legend he was.

“Playing with him was an incredible experience as well, so you look back and I loved every minute of it. When it gets to Heineken Champions Cup weekends, even as an ex-player, it’s very difficult to pull yourself away from the TV for 72 hours with all the games and the cultures.

“I think the different sort of styles and games the teams play makes it an incredible competition, and I was privileged to be part of it. I’ve played around 80 games in the Heineken Cup and I loved playing in those games.”

The ex-British and Irish Lion spoke of his disappointment at losing that shootout to Leicester, with Cardiff having been unbeaten in Europe that season prior to the clash at the Principality Stadium.

“Obviously I was disappointed with the missed kick, but we were equally disappointed because we really thought it was going to be our year,” he said.

“We’d beaten Toulouse at home and had done everything in the pool stages to get us a home quarter-final and semi-final.

“When I look back, obviously missing the kick was a big thing, but Leicester were a very streetwise team and I don’t think we played as well as we could have in that semi-final. I think that’s the most frustrating thing.

“Everything was in our favour really. We had a full–strength squad playing in the Milennium Stadium, but we just didn’t quite play to our potential.”