Listen to Bryan Habana on the Champions Rugby Show now! 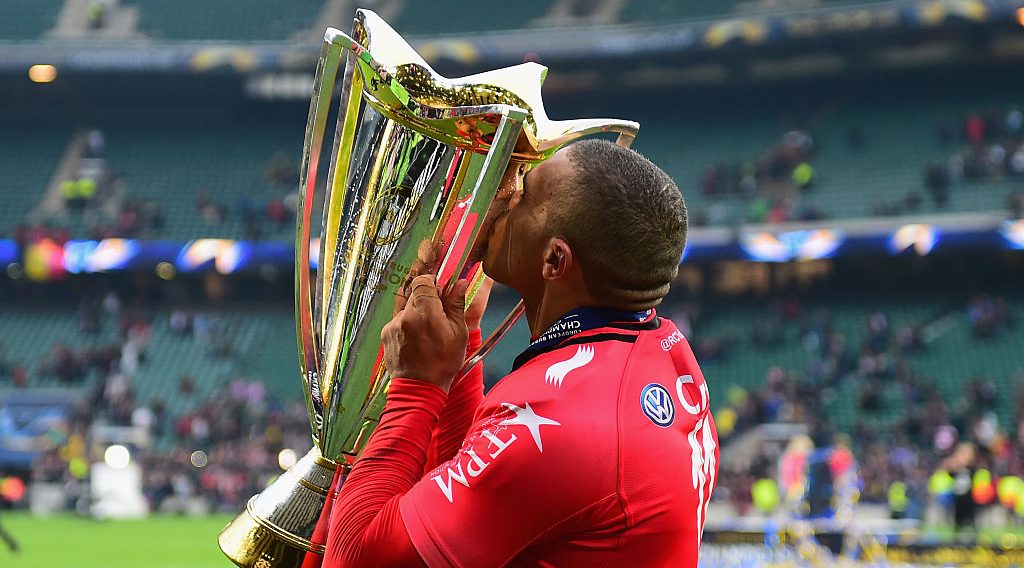 Two-time Champions Cup winner Bryan Habana is the latest European Rugby legend to appear on our Champions Rugby Show as he looks back on his four seasons in the competition and picks out his favourite matches.

The former South Africa wing racked up a total of eight tries in 24 European matches for RC Toulon including five in a stunning 2014-15 campaign that resulted in a third Champions Cup victory in as many seasons for the French club.

One of the fastest men ever to play the game, the World Cup winner discusses lifting trophies, his love for Jonah Lomu and why kids shouldn’t grow up wanting to race cheetahs!

Speaking on today’s show, Habana spoke about one of his most famous tries in European competition when he grabbed the match-winning intercept score against Leinster in the 2015 semi-finals in Marseille during a gripping extra time period.

“The game in Marseille was brilliant,” Habana said. “Being able to play in a city that was just down the road and to have our supporters being able to get there.

“To go into extra time, you know the game is in the balance and to make as big an impact in that particular game that saw us go through into the final against Clermont and eventually win it.

“It was such a rollercoaster and I don’t think one player’s contribution was bigger than anyone else’s.”

To listen to the full Champions Rugby Show, click HERE or use our Apple Podcasts, Spotify and Google Podcasts.

Keep an eye out for more podcasts in the coming days and don’t forget to tune into our next Heineken Champions Cup Rewind on Saturday.