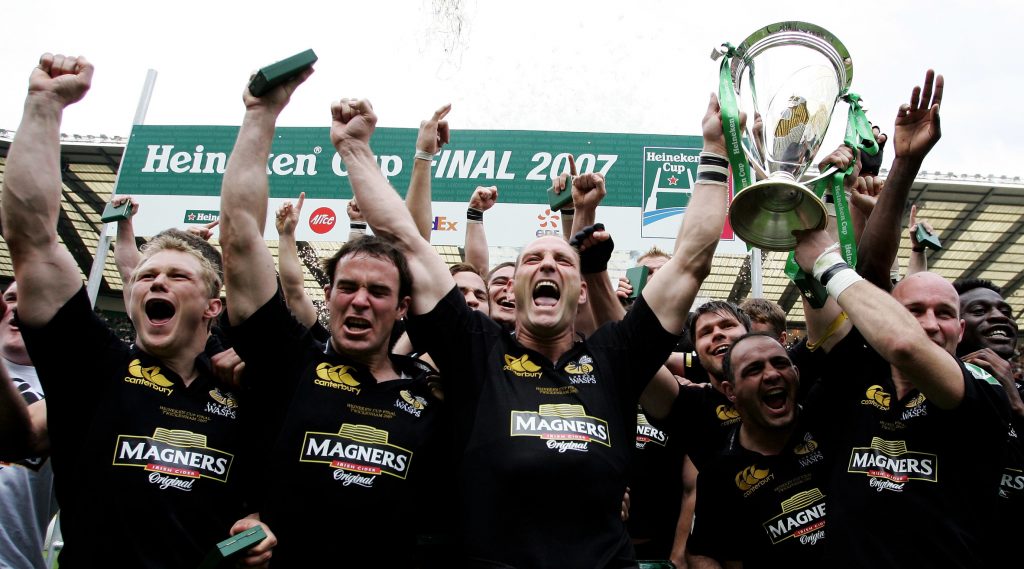 Captain Lawrence Dallaglio of London Wasps celebrates with his team

BT Sport are showing both of Wasps’ European Cup final victories this afternoon against Toulouse and Leicester Tigers from 2004 and 2007 respectively.

The popular Classic Rugby Revisited programme will showcase Wasps’ finest hours in European Rugby, seeing off French powerhouses Toulouse 27-20 at Twickenham as well as their 25-9 win over Leicester at the same venue.

The show will include in-depth analysis of both matches from BT Sport pundit Lawrence Dallaglio, who captained the side to both of the wins. 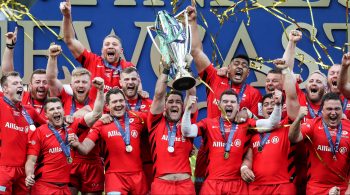