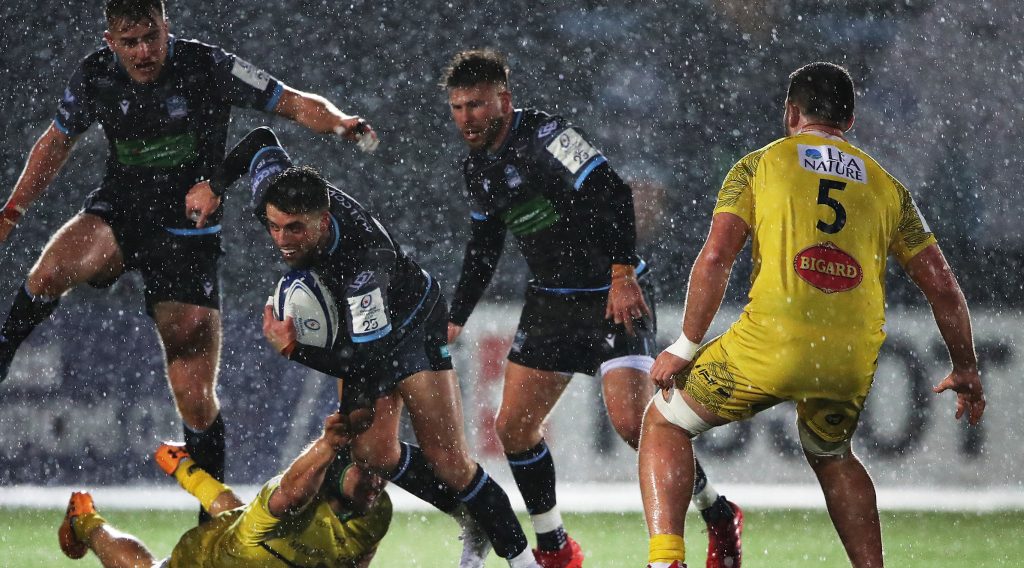 Today we have picked out another three of the best Heineken Champions Cup matches this season, featuring the crucial back-to-back matches in Round 3.

Glasgow Warriors lived up to their name as they fought back from an 18-6 deficit to score a dramatic Heineken Champions Cup victory at Stade Marcel Deflandre.

La Rochelle were kicking themselves, though, for not making more of their first-half domination, as they only led 18-13 at the interval.

Jules Plisson pulled La Rochelle 24-20 clear with his fourth penalty in the second half but on 63 minutes came the decisive moment of the match. Spotting Kyle Steyn free on the left flank near halfway, Adam Hastings lofted a pinpoint kick into his arms and the replacement wing did the rest.

Hastings converted to put the visitors ahead and Glasgow then had to withstand some intense La Rochelle in the latter stages, which included a try-saving tackle by replacement scrum-half Ali Price on Heineken Man of the Match Vincent Rattez.

In a match that swung back and forth in front of an enthralled Belfast crowd, it was the Ulster scrum-half that did the late damage from the kicking tee to consolidate the Irish province’s position on top of Pool 3.

Alex Dombrandt and Sean Reidy traded tries in the first 40 minutes before a thrilling second period. McCloskey first gave Ulster the lead with a try of his own before Elia Elia grabbed a brace in the space of four minutes to put Quins nine points ahead.

It was a driving maul from Ulster that got the Irish province back into the match. The line-out set up the maul and Harlequins had no response, with Adam McBurney touching down.

And as the clock struck the 79th minute, Tevita Cavubati inexplicably came out of the line and tackled the man without the ball, giving Cooney a chance to nudge Ulster ahead. He did just that in nerveless fashion, kicking between the posts to clinch victory.

Quins came from behind to lead by 9 with 15 mins to go, but Ulster hit back and John Cooney slotted a last-minute penalty to clinch the thriller 😱#HeinekenChampionsCup match highlights ⤵️ pic.twitter.com/hUDxm0cPft

Exeter Chiefs had to dig deep to see off a determined Sale Sharks side and clinch a 22-20 win at the AJ Bell Stadium in Heineken Champions Cup Pool 2.

Some superb play from Stuart Hogg helped Exeter go ahead for the first time on 15 minutes as he jinked between two Sale players, sprinted clear before an illegal tackle from Tom Curry gave Mathieu Raynal no choice but to award a penalty try.

Two minutes later, Hogg was able to again work the space and slotted a ball between two Sale players before collecting his own kick and scoring his first try for the English club.

In a thrilling opening 20 minutes, Akker van der Merwe got on the scoresheet next for the hosts after a charge down from Bryn Evans, allowing the former to score near the posts.

Luke Cowan-Dickie and Van der Merwe traded further tries before the half-hour mark to leave Exeter 22-13 ahead at the interval.

The only points of the second half came from Sale as they dominated proceedings, with Jono Ross finally powering over with five minutes to play but they couldn’t force another opportunity as Exeter clung on for a crucial away success.