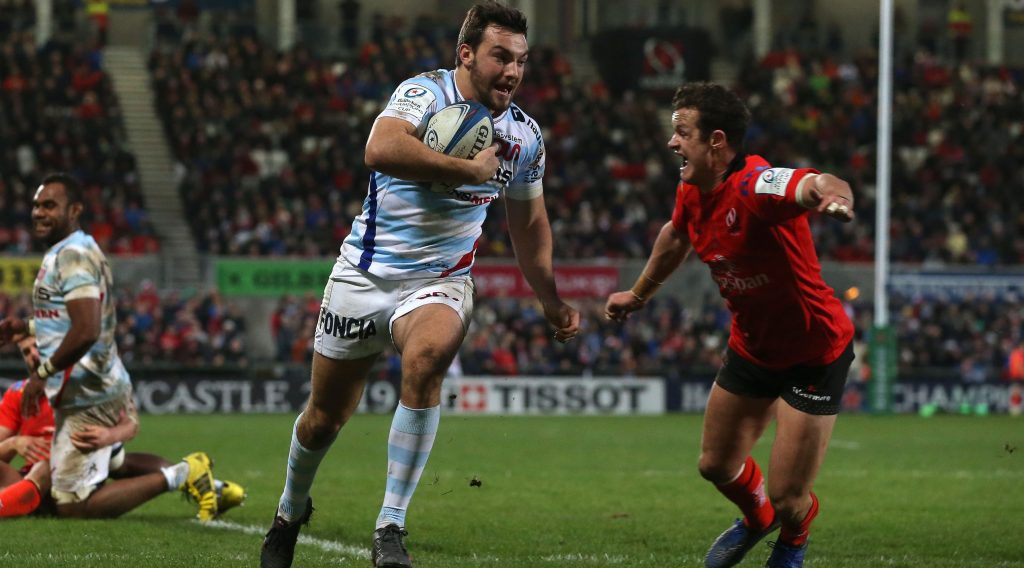 Racing 92 claimed a dramatic 30-27 home victory over fellow Heineken Champions Cup quarter-finalists Toulouse on Sunday, with centre Olivier Klemenczak scoring an injury-time try to move the Parisians up to third in the TOP 14 table.

The two-time European finalists looked set to lose for the first time since their Pool 4 defeat at Saracens in Round 6, but they turned the tables on Toulouse, with scrum-half Teddy Iribaren slotting over a penalty on 72 minutes before Klemenczak found space down the blind side to dot down.

Racing will be hoping to maintain their excellent domestic form as they inch closer to their Heineken Champions Cup quarter-final against ASM Clermont Auvergne at Stade Marcel Michelin on April 4, live on BT Sport and beIN SPORTS.

Clermont also triumphed at the weekend in the TOP 14, tries from lock Arthur Iturria and wing Alivereti Raka helping them come from behind to beat Pau 23-20, which moved them up to sixth in the TOP 14.

Elsewhere, last season’s finalists, Leinster Rugby and Saracens – who meet in this season’s quarter-finals in Dublin on April 4 – both picked up wins in their respective domestic competitions on Saturday, seeing off Cheetahs (36-12) and Sale Sharks (36-22) respectively.

Exeter Chiefs, who entertain Northampton Saints in the Heineken Champions Cup quarter-finals on April 4, also won in the Gallagher Premiership to climb four points clear at the top.

A try from full-back Stuart Hogg and 14 points from fly-half Gareth Steenson helped them to a 26-15 triumph at Gloucester on Friday.