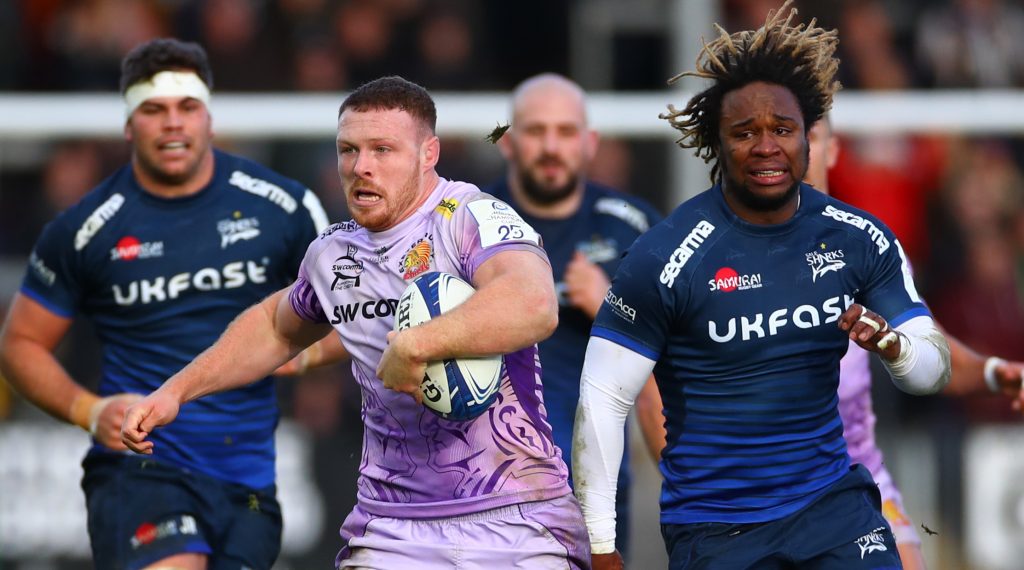 No.13 in the 2020 EPCR European Player of the Year nominations is Exeter Chiefs back-row forward Sam Simmonds, who has taken his performances in the Heineken Champions Cup to a new level this season.

The 25-year-old is the top-scoring forward in the competition at present with six from five appearances to lie joint first in that chart, including crucial doubles against La Rochelle and Sale Sharks in Rounds 6 and 4 respectively, winning the Heineken Man of the Match award in the latter.

Simmonds has played a key role in guiding the English club to the No.2 seeding and their first ever home quarter-final in European competition.