Baxter happy for Exeter to have Europe in their own hands 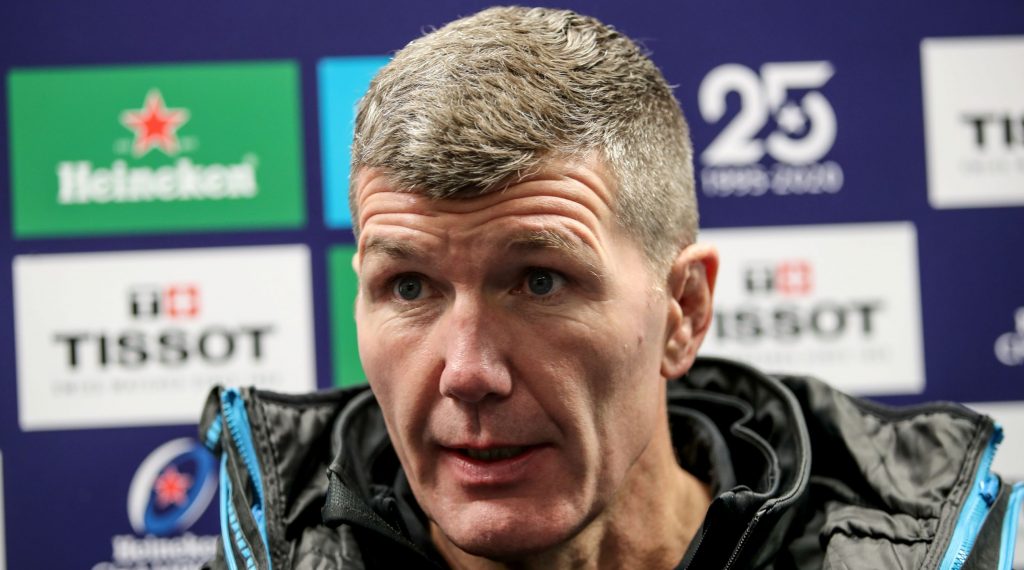 Exeter Chiefs director of rugby Rob Baxter believes the English club are in a “fantastic situation” in the Heineken Champions Cup as second seeds.

The Chiefs reached the last eight of Europe’s elite club competition for only the second time by topping Pool 2 with 27 points after five wins in six matches, which sealed a home quarter-final on April 4 against Pool 1 runners-up Northampton Saints.

“Both in the Premiership and in Europe, we have things in our own hands,” said Baxter, who has also guided Exeter to the top of the Gallagher Premiership.

“We’ve got a home quarter-final in Europe and if we outperform Northampton on the day, that situation doesn’t change. And we have to look at it very much in the same terms when it comes to the Premiership.

“For me, that’s a fantastic situation to be in. However, it’s only fantastic if you are prepared to roll your sleeves up and make the most of it. We have done that in the past and it’s what we have to be prepared to do now.”

The Chiefs sit a point ahead of Northampton in the Premiership with a tricky visit to Gloucester Rugby to come next on Friday night.

“It’s in our hands to put together a series of quality games and quality performances that mean we collect the points that enable us to stay there,” Baxter added.

“Right here and now, we don’t need another team to win or for someone to beat someone else. We can control our destiny by winning games of rugby.

“There is no magic ingredient to this. I have said to the lads I can’t sit here and give you some magic way to win the next four games, because there isn’t an easy way. You have to commit to them fully. If you do the hard work, the rest kind of falls into place.”