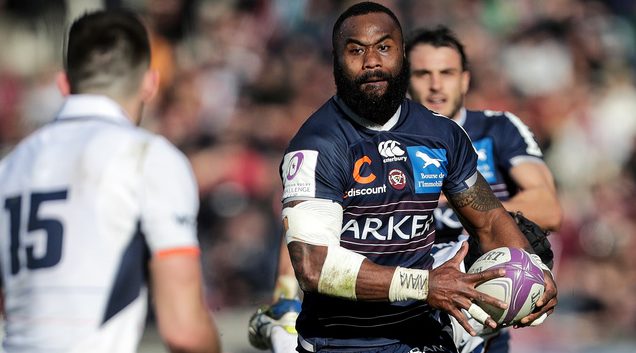 Bordeaux-Begles back Semi Radradra is the only European Rugby Challenge Cup player to be nominated for the 2020 EPCR European Player of the Year award.

The 27-year-old centre or wing made such a strong impression as Bordeaux-Begles finished top of Pool 3 that he couldn’t be omitted from the 15-strong long list.

The powerful Fijian international scored two tries in four games and both came in the decisive ties against pool runners-up Edinburgh Rugby.