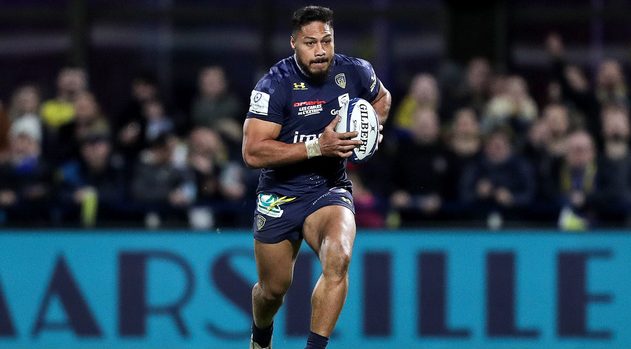 ASM Clermont Auvergne back George Moala has been nominated for the 2020 EPCR European Player of the Year award after playing a big part in the French club qualifying for the quarter-finals of the Heineken Champions Cup for the third time in three attempts.

The 29-year-old centre or wing came in the top six of three statistical lists in the pool stages of European rugby’s biggest club competition as Clermont headed Pool 3.

The Aucklander, who won four caps for the All Blacks, scored five tries in five games to lie joint fourth in the try-scorers, is second in defenders beaten with 27 and joint sixth in the breaks chart with 11.

One of those tries came in the 34-17 win at Bath Rugby in Round 3, when Moala was also named Heineken Man of the Match.