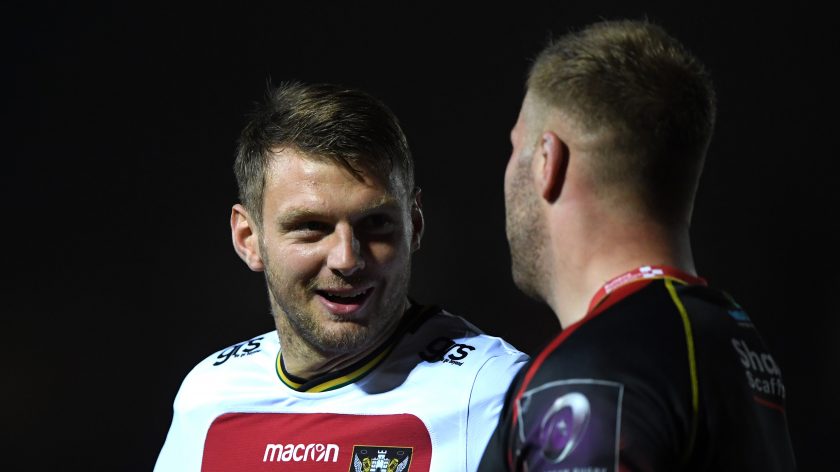 Northampton Saints fly-half Dan Biggar will start for Wales in Rome against Italy on Saturday, having kicked a crucial conversion and penalty in their 24-19 Six Nations success in France last weekend.

The 29-year-old was introduced early in the second half with Wales trailing 16-14 and landed a penalty to put them in front for the first time, before adding a 73rd minute conversion to seal a record Six Nations comeback for the Welsh from 16-0 down.

That has led to the fly-half being selected at No.10 by head coach Warren Gatland for the trip to the Stadio Olimpico, where Biggar will win his 67th cap.

Biggar has kicked 20 points for Northampton during this season’s European Rugby Challenge Cup campaign to help them qualify as Pool 1 runners-up behind ASM Clermont Auvergne.

Good luck to Dan as he takes on Italy in @SixNationsRugby this Saturday 💪🏼 pic.twitter.com/UtiSD5ETHc

The English club will have a third opportunity to beat the two-time winners when they meet again in the quarter-finals on March 31 at Stade Marchel-Michelin, which is being televised live on BT Sport.

Worcester Warriors wing Josh Adams will win his eighth cap for Wales on Saturday after playing in Paris last week, having scored one try from his sole Challenge Cup appearance for the Warriors against Pau this season.

Worcester host English rivals Harlequins in the last eight on March 30, which is also live on BT Sport.