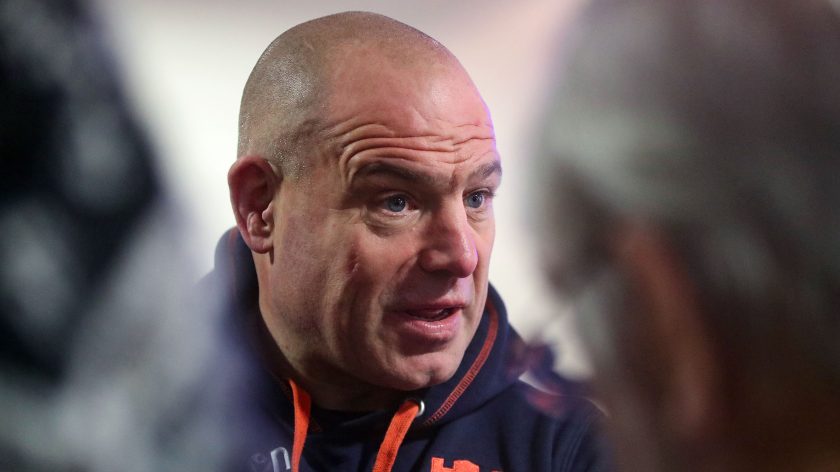 Edinburgh Rugby head coach Richard Cockerill has said that his side have given themselves a great opportunity to qualify from Heineken Champions Cup Pool 5 after their 21-8 away success over Newcastle Falcons on Sunday.

Last weekend’s win puts the Scottish side top of Pool 5 with 15 points, four ahead of Montpellier who lie second after their comprehensive victory over RC Toulon in Round 4.

Round 6 sees Edinburgh host Montpellier in what could be a winner-takes-all clash at BT Murrayfield, a match Cockerill has described as ‘massive’.

“It’s a great win and puts us in a great position to try and qualify,” said the former Leicester Tigers and RC Toulon head coach. “We have got two massive games now but we have given ourselves an opportunity.

After @EdinburghRugby were victorious in Round 3, they travelled to Kingston Park to face @FalconsRugby…

“We put pressure on ourselves to come and win the game. I thought we played the better rugby and to come away from home in Europe and win is great.

“I’m enjoying the challenge and it’s nice to get a shot in the arm by winning some games but we’ve got a lot of good players and a lot of internationals in our team.

“Scotland are playing well as a national team so why shouldn’t we perform on the club stage.”

Have a watch and head here to place your vote 👉 https://t.co/HmHraDUvLm pic.twitter.com/UmMSfwzVyE

Cockerill also added his side are keen to shed the ‘plucky losers’ tag, having failed to reach knockout stages of the European Cup since 2012.

“I’ve said to the players in the changing room that we work hard so it’s nice to get satisfaction with some reward and we don’t want to be the plucky losers,” Cockerill added.

“Sometimes we have been happy to take that tag so we’ve just got to keep pushing.”