Saracens’ Williams to start at full-back for Wales 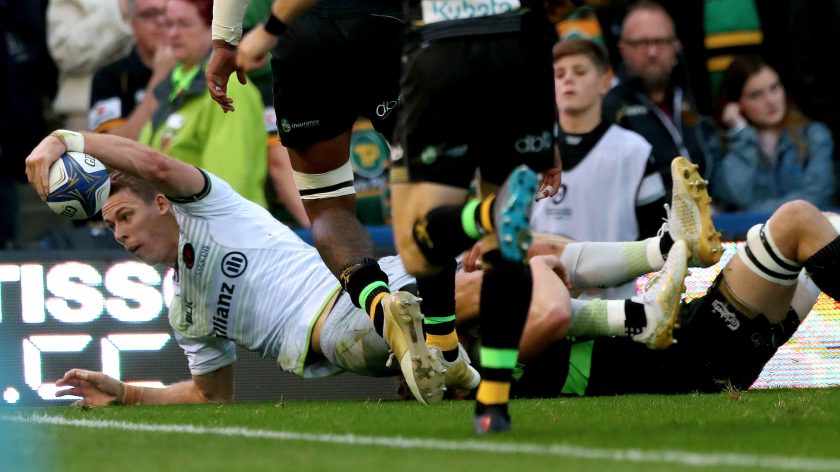 Liam Williams, normally a wing with Heineken Champions Cup Pool 3 leaders Saracens, has been selected at full-back for Wales on Saturday, when they host South Africa at Cardiff’s Principality Stadium.

Williams, who marked his 50th Test cap last weekend with two tries in the 74-24 home victory against Tonga, is chosen in his British and Irish Lions position instead of Leigh Halfpenny, after the Scarlets full-back was ruled out with concussion.

Williams’ selection is the only change to the Wales side who beat Australia 9-6 on November 10 as head coach Warren Gatland makes multiple alterations to the team who swamped Tonga.

Scarlets’ Hadleigh Parkes and Jonathan Davies resume their midfield partnership on the Test stage, while team-mate Gareth Davies returns at scrum-half and Cardiff Blues’ Gareth Anscombe reclaims the No.10 jersey.

In the pack, Scarlets hooker Ken Owens and Exeter Chiefs prop Tomas Francis are recalled to the front row.