Challenge Cup: Around the Grounds 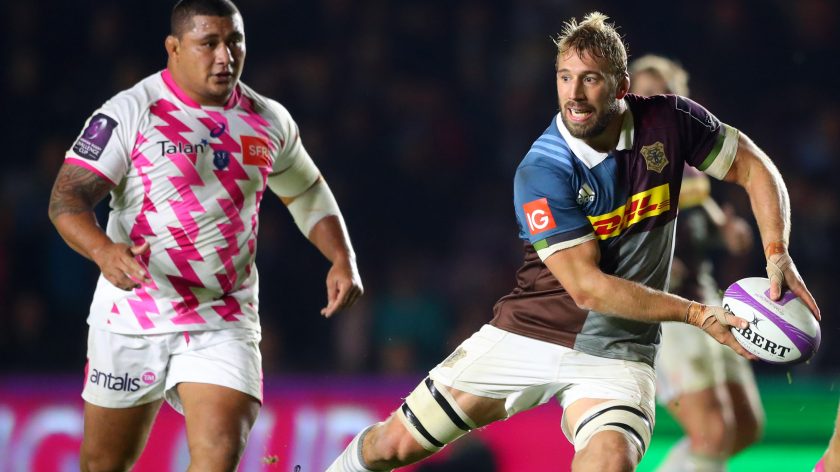 With less than three weeks until Perpignan kick off the 2018/19 European Rugby Challenge Cup season against Sale Sharks in the south of France, we see what has been happening around the grounds this week.

Connacht Rugby have released their jersey for the 2018/19 European Rugby Challenge Cup campaign this week.

The Irish club will play in Pool 3 alongside Perpignan, Sale Sharks and Bordeaux-Bègles when the competition gets under way in three weeks’ time.

The centre had surgery at the start of 2018 and Solomons believes the veteran will be ready for action by the time the European Rugby Challenge Cup comes around.

Speaking at Thursday’s press conference, Solomons said: “Wynand Olivier is not in full training yet but is not far off. The European games may be when he returns.”

The 34-year-old has made 10 European appearances for the Warriors and his previous club Montpellier, scoring one try against Toulouse in 2014.

It is unfortunate news for ASM Clermont Auvergne as the 2015 EPCR European Rugby Player of the Year, Nick Abendanon, will be unavailable for three months and is likely to miss the first four rounds of this season’s Challenge Cup.

The former England international has appeared in 72 European matches across 12 seasons for Clermont and his previous club Bath Rugby, scoring a mammoth 24 tries in the process.

AJ MacGinty has his eyes set on facing his former club in Connacht Rugby in the second matchday of the competition.

We recently caught up with AJ MacGinty to catch his thoughts on the season so far and the upcoming clash against Wasps 👊 https://t.co/aPS3QFtYCc

Robshaw keen for a complete display

Harlequins’ co-captain, Chris Robshaw, is eager for his team to put in a full performance when they travel to Ashton Gate to face Bristol Bears in the English Premiership at the weekend.

The back-rower told the club’s official website: “Looking back at the game and the game before, we’ve started quite well and finished well but it’s that middle part of the game that we haven’t managed well – myself included in that.”

The 32-year-old has played 58 times in European rugby since making his debut for Harlequins against Stade Français Paris in 2007.

Prop Aaron Jarvis is in line to make his debut for the Dragons following his summer move from ASM Clermont Auvergne.

The 32-year-old ruptured his bicep in pre-season, but head coach Bernard Jackman believes the Wales international is close to featuring in their PRO14 game against Zebre Rugby on Saturday.

Jackman told the Dragons’ website: “Aaron Jarvis could be back for us. He is doing his return to play protocols for contact prep and he could feature.”

The prop came off the bench in the 2017 Champions Cup final for Clermont, with his team losing 28-17 to Saracens at Murrayfield.

The 28-year-old has signed up for three more seasons with the 2017 Challenge Cup winners.

Aled Davies has been enjoying life at his new club so far this season, with two wins from as many matches at the Liberty Stadium, and the scrum-half says there is an emphasis on their home performances this campaign.

The Ospreys welcome a confident Benetton Rugby this weekend in the PRO14 and the Wales international told Ospreys TV: “We’ve put a big thing on winning at home this year and making the Liberty a fortress. We’ve started doing that”

The 26-year-old was a part of the Scarlets side that reached the semi-finals in last season’s Champions Cup, before losing 38-16 to Leinster Rugby at the Aviva Stadium in Dublin.

"We've put a big thing on winning at home this year and making the Liberty a fortress. We've started doing that"

Check out what @aled009 has to say ahead of @BenettonRugby @LibertyStadium this Saturday (7.35pm KO).https://t.co/9vWGLTHxoT