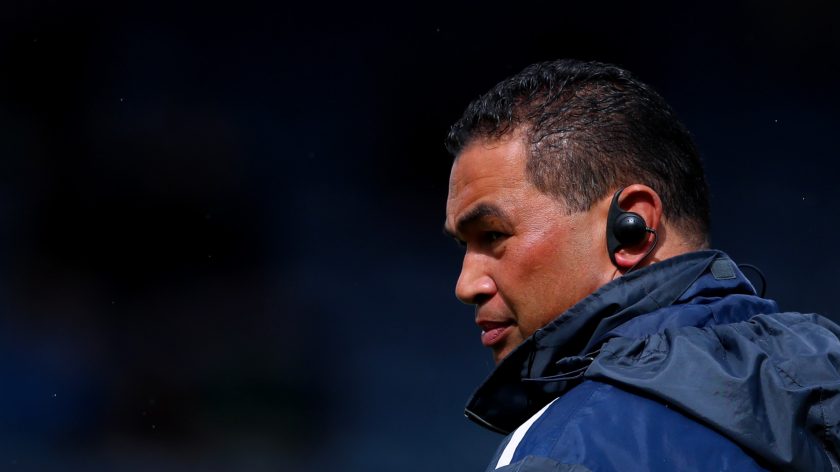 Bristol Bears are back in the European Rugby Challenge Cup this season after a one-season absence, but head coach Pat Lam already has his eyes on the Heineken Champions Cup.

“When I came in, I had to get absolute clarity on what the vision was from Steve Lansdown and Chris Booy. Very clearly – inspire the community for rugby success, on and off the field,” he said.

Lam then drilled down into the specific focus for his team and the vision that he has for them.

“Now, very clearly to get in it, you have got to be in the top six [of the English Premiership] and that’s what we are about.”

A former winner of Europe’s top-tier competition with Northampton Saints in 2000, Lam insisted everything was being done with European rugby in mind.

“You’ve got to set the goal and be really clear in what you’re doing,” he said. “Once I set that, my recruitment and my programme were all geared towards getting the right players to achieve Champions Cup rugby.

Lam, who has also coached Auckland Blues and the Samoan national side, recalled a conversation with Saracens director of rugby Mark McCall which has been a motivation for him.

He said: “I sat there with Mark 20 years ago and if you had asked the question, which club do you think of when you think Champions Cup and you said Saracens… 20 years ago you would have probably laughed like you’re laughing at Bristol – it was Leicester, Wasps and Bath [then].

“Nigel Wray [Saracens’ owner], who’s still involved, decided we’re going to do something about this and he set a vision. They started having the cheerleaders and the music, and everyone was laughing, but while they were doing that over 20 years, they have built to where they’ve got to.

“I’m not saying it’s going to take 20 years. What I’m saying is history tells us we are learning and where we come from; the vision is telling us where we’re heading and that’s what we are gearing towards.”

Bristol Bears are in Pool 4 of the Challenge Cup this season, along with Zebre Rugby, La Rochelle and Enisei-STM.