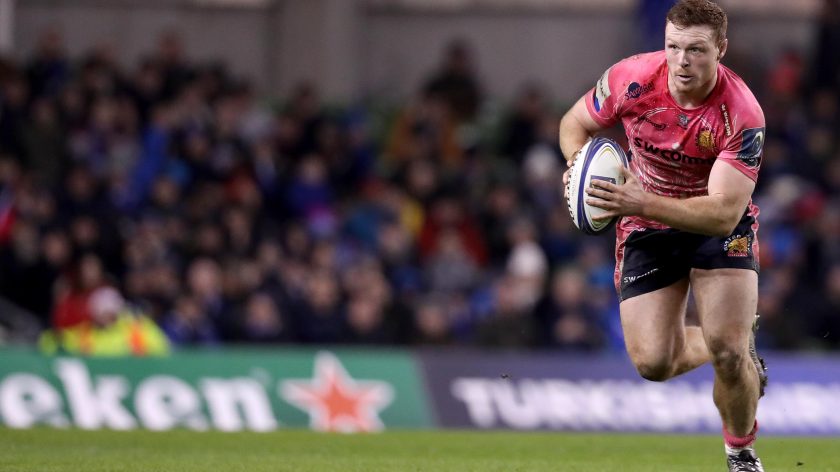 Our in-depth look at a Heineken Champions Cup side this week turns to Exeter Chiefs, who will be making their sixth appearance in Europe’s elite club competition in 2018/19, when they take on Munster Rugby, Castres Olympique and Gloucester Rugby in Pool 2.

The Chiefs’ best season in the competition was in 2015/16, when they topped Pool 2 with three wins from six. They were then narrowly beaten by Wasps 25-24 in the quarter-final at the Ricoh Arena.

Who is on their coaching staff?

Director of rugby Rob Baxter is a stalwart of the Devon club, he joined as a young colt in 1987 and worked his way up to being a first team player. He had a 16-year playing career, captained the side for ten years and became head coach in 2009 before moving into the role of director of rugby.

Baxter has been at the helm in every one of Exeter’s European campaigns, including the 2014/15 season when they made the Challenge Cup semi-finals.

Exeter’s head coach now is Ali Hepher, a member of the Northampton Saints side who won the European Cup in 2000. Hepher was the Saints’ fly-half as they beat Munster 9-8 at Twickenham.

The Chiefs’ forwards coach, Rob Hunter, is also a former Saint, while Cornishman Ricky Pellow is the club’s skills coach and was part of the Bath Rugby squad who won the 1998 European Cup.

Who are their principal new signings?

Exeter have had a relatively quiet summer on the signing front, with just two arrivals to date, but both have international pedigree.

British and Irish Lion Alex Cuthbert has made the trip over the Severn Bridge after seven seasons with Cardiff Blues, for whom he scored 12 tries in 19 European Cup appearances.

The 28-year-old Welsh international will compete for a place on the wing with Argentinian Santiago Cordero, who has signed a one-year deal at Sandy Park, after coming in as injury cover in January.

🏉 – Head Coach Ali Hepher outlines his vision for the new season ahead at @ExeterChiefs ⬇️https://t.co/DGrEPVuQld pic.twitter.com/TuQm4NhdAP

Who are some of their other key players?

England international Henry Slade has been a pivot in the Exeter side for a number of years, and he will look to continue in that manner during their 2018/19 Heineken Champions Cup campaign.

Back-row forwards Don Armand and Sam Simmonds, prop Tomas Francis and hooker Luke Cowan-Dickie are important members of Exeter’s powerful pack and will be integral to the side’s output.

What are Exeter saying about the draw?

Rob Baxter told the Chiefs’ website: “You get to this stage every year, where you look at the draw and say ‘ooosh’. The reality, however, is you know it’s going to be a tough draw, because it’s the top clubs across Europe all going against one another.

“It’s a fantastic set of fixtures for us. To go to a new club in France, another in Ireland, these are great opportunities for us to test ourselves in different environments. It’s also great for the supporters, as I am sure they will want to travel to those two places.” 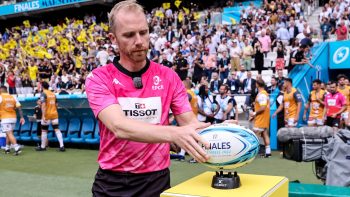