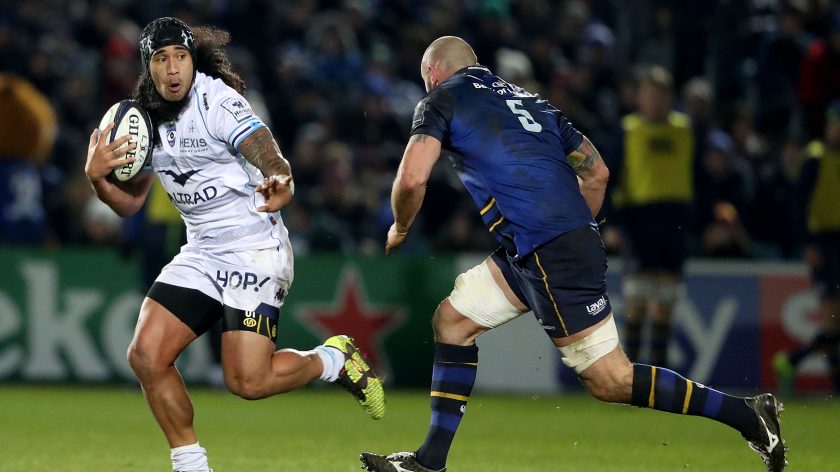 The 28-year-old Australian wing joins the defending European Cup winners from Montpellier, where he played four times in the competition.

Prior to his move to southern France, Tomane spent five years in Super Rugby with Australian side Brumbies, scoring 25 tries from 68 matches in the competition.

In Tomane’s two seasons at Montpellier, the French side were drawn against Leinster in the Champions Cup Pool stages on both occasions, being beaten at The RDS on his two trips to Dublin.

Speaking to Leinster Rugby TV at the province’s official website, Tomane said: “I can’t wait to play and look forward to the challenge of trying to go back-to-back (in the Heineken Champions Cup).

“The crowd are awesome here, even as a visiting team. The fans here are amazing and it’ll be nice to come here and actually win in the RDS! Both times I’ve come here we have lost so it will be nice to win for a change.”

“I’ll definitely be giving it my all every time I play and every time I train. Win, lose or draw, I will always have a smile on my face and I’m really excited to be here.”

Tomane also praised his new teammates, including forward Scott Fardy who has played alongside the wing at Brumbies and with Australia’s national team.

“I’ve played against a few of the lads a couple of times for Montpellier and the Wallabies so it was cool to mix it with them this week,” Tomane added.

“I’ve had a few people come up to me and welcome me to Leinster which is really nice.

“They’ve been so helpful in making my transition from France to Dublin really easy.”