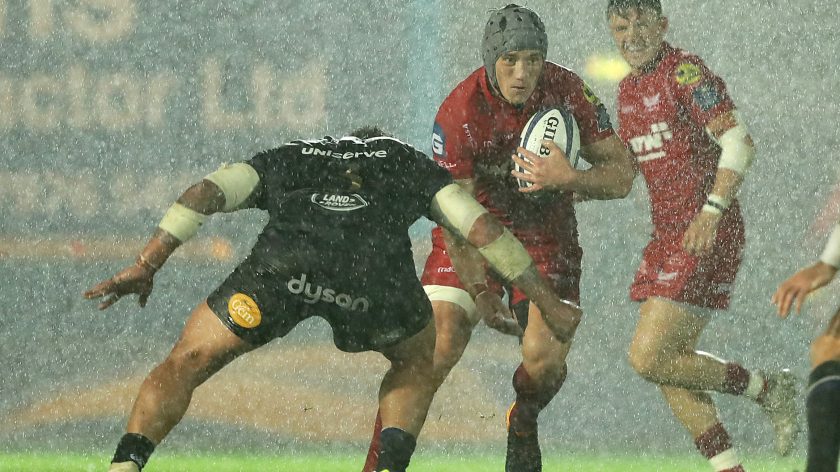 Scarlets and Wales centre Jonathan Davies has admitted that he “could not think of anything better at club level” than winning the Heineken Champions Cup.

The 30-year-old played two matches in last season’s Champions Cup against RC Toulon and Bath Rugby before picking up a foot injury that would keep him out for the entirety of Scarlets’ run to the semi-final of Europe’s elite club competition.

Davies has previously had lengthy runs in the Champions Cup, having played for ASM Clermont Auvergne as they reached the 2015 final, before being beaten 24-18 by Toulon in the final at Twickenham.

The Wales international has said that he would love to lift the Heineken Champions Cup, after seeing his side – who have been drawn with Racing 92, Leicester Tigers and Ulster Rugby in Pool 3 of this year’s competition – defeat La Rochelle in last season’s quarter-finals in front of a sold-out Parc y Scarlets.

🎥 @JonFoxDavies says he's "excited and ready to go" for the new season and Scarlets have to "go to the next level" https://t.co/NZ6pB7dINj #inthepack

Speaking via Scarlets official website, Davies said: “I would love to win the big European competition after playing in the final a couple of seasons ago. I could not think of anything better at club level than to do that.

“And watching when La Rochelle played out here (in the Champions Cup quarter-final) last season was one of the hardest moments. I have never seen the place like that, Parc y Scarlets was rocking.

The British and Irish Lion also tackled the foot injury that has kept him out of action for Scarlets since last November, saying: “It was tough at first. It was completely non-weight bearing for six weeks.

“That meant hopping about the place and I have to thank my uncle for lending me his mobility scooter, that helped.

“But look, it was difficult and probably the worst injury I have had. It feels good now though and I feel back to 100 per cent.”