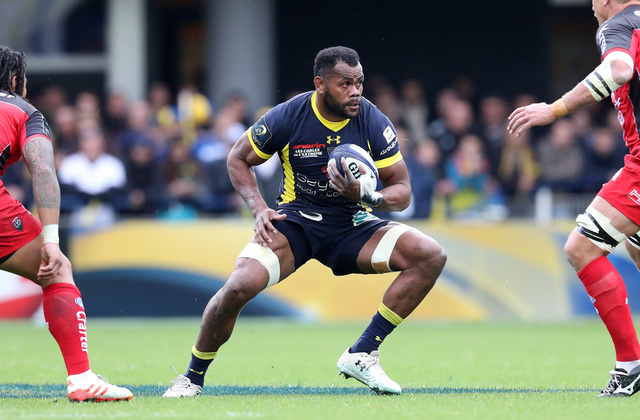 Lyon have undergone a strong recruitment drive ahead of the forthcoming season. The TOP14 side will be in the Heineken Champions Cup and will be looking to improve on their fourth place finish in Challenge Cup Pool 2 last season. As it stands, 11 players have left the club or retired, while eight have been announced as new arrivals.

Here we look at some of their signings:

The 28-year-old prop had been with ASM Clermont Auvergne for 10 years until he decided to move to Lyon for the forthcoming season. Most of his 27 European appearances have come in the European Cup, although he did make his continental debut for Clermont in the Challenge Cup in 2011.

Another man signed from ASM Clermont Auvergne, the 27-year-old Fijian-born wing has also been a European Cup regular, helping Clermont reach the final in 2015 and 2017. The French international has scored 10 tries in 29 games, including nine in three seasons.

The 27-year-old goal-kicking half-back has also played for only one club, namely Toulouse, for whom he made 40 appearances in the European Cup before playing five times for them in last season’s Challenge Cup. The French international was the first player to make his debut in a World Cup final, in 2011.

ICYMI: @LeinsterRugby, @Saracens and @CastresRugby will be guaranteed top seedings when the pool draw for the Heineken Champions Cup takes place on Wednesday 20 June.

The midfielder is Lyon’s only foreign signing so far. The 27-year-old centre or full-back has been based in New Zealand for all his 10-year rugby career and joins Lyon from the Chiefs after a previous spell with Super Rugby rivals Hurricanes.

Lyon will be Maurouard’s fourth club after spells with Racing 92, Oyonnax and La Rochelle. The 25-year-old hooker played a total of 11 games for the first two clubs in the European Cup, before switching to La Rochelle, whom he helped to the semi-finals of the Challenge Cup in 2016/17.

Like Doussain, a goal-kicking fly-half, although he has played for seven clubs, the last of which was RC Toulon. However, the 32-year-old’s 19 European appearances have only been with three of them – Castres Olympique, Racing 92 and Grenoble – with the last coming over two years ago with Grenoble.