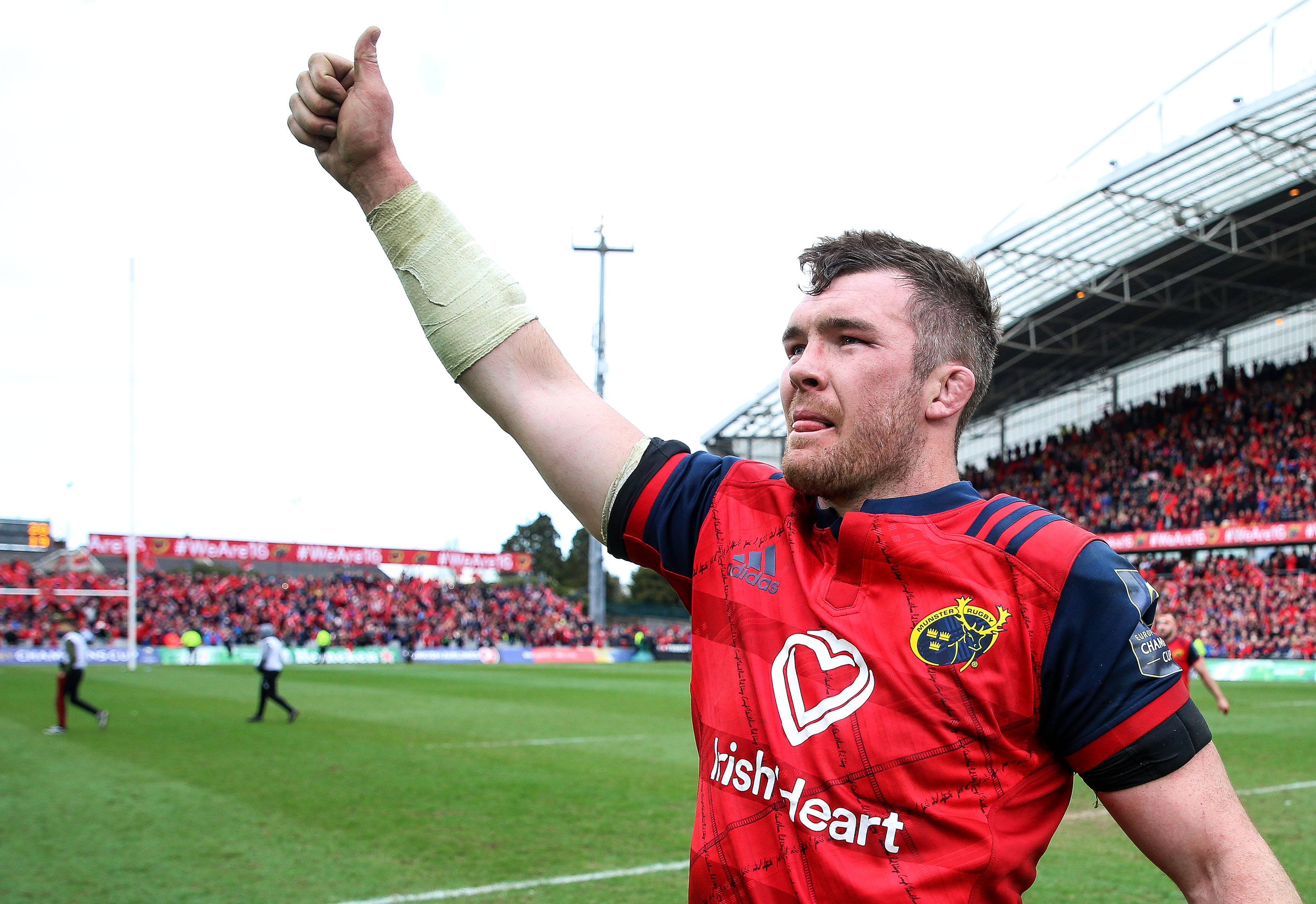 Munster back-row Peter O’Mahony will captain Ireland against Australia this weekend in place of the injured Ulster hooker Rory Best. We take a look back at some of the 28-year-old’s European matches.
Harlequins 12 Munster Rugby 18 – 2013
Fly-halves Nick Evans and Ronan O’Gara kicked all the points as Munster marched into a 10th European Cup semi-final after defeating Harlequins at Twickenham Stoop.
They did it the hard way in a tense affair, with Quins leading 9-6 at the interval before O’Gara – the leading points scorer in the European Cup – slotted four penalties in quick succession to deny the English club.
Munster failed to go any further in the competition, after ASM Clermont Auvergne survived a late assault from the Irish province to come out 16-10 victors in Montpellier.
[jwplayer OMarczJ7]
Munster Rugby 47 Toulouse 23 – 2014
The Irish province scored six tries as they powered to a comprehensive 47-23 win over Toulouse at Thomond Park to reach the European Cup semi-finals in successive seasons.
O’Mahony had to be replaced late in the first half with a shoulder injury, and Toulouse took full advantage with fly-half Luke McAlister kicking two penalties on the stroke of half-time.
But that didn’t stop Munster routing Toulouse in the second half with five tries, including one from wing Simon Zebo, who has scored 23 tries from 46 European Cup matches.
Munster Rugby 41 Toulouse 16 – 2017
Munster reached a first Champions Cup semi-final for three seasons and it was Toulouse again that provided the opposition for this last eight victory.
Again the match was close at the interval, with the Irish province leading 13-9 before wing Darren Sweetnam, back-row CJ Stander and wing Andrew Conway all dived over for second half tries to clinch a spot in the final four.
However, they were again denied at the semi-final stage – this time by the eventual winners Saracens in a 26-10 defeat at the Aviva Stadium.
[jwplayer 3KdSUznG]
Munster Rugby 20 RC Toulon 19 – 2018
The most dramatic and recent of O’Mahony’s European matches came back in March as the Irish province denied RC Toulon a place in the Champions Cup semi-finals in the dying embers.
The match twisted and turned with full-back Chris Ashton putting Toulon in front going into the final minutes before wing Andrew Conway collected an attempted kick into touch from replacement fly-half François Trinh-Duc.
He then danced past four Toulon defenders and crossed under the posts for one of the great European Cup tries at Thomond Park. That allowed fly-half Ian Keatley to kick the pivotal conversion with ease, and secure Munster’s place in the Champions Cup final four.
They would again suffer semi-final heartache though, being beaten 27-22 by Racing 92 in Bordeaux.