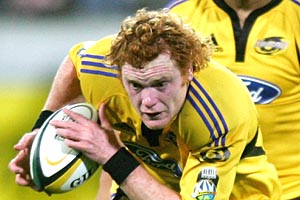 Kiwi lock Paul Tito says the number of New Zealanders in successful Heineken Cup teams this season shows they are not just coming to the Northern hemisphere for a pension plan. - 18/01/2008 14:39

New Zealand Maori Paul Tito spelt out his desire to help the Blues win silverware – and also claimed he is in the form of his life.

Former New Zealand Maori Tito, who feels himself to be in the form of his life, it is a chance for him to stand out and help improve a team, and especially the Blues’ performance in the Heineken Cup, a competition he cannot wait to get stuck into.

“I am excited about the Heineken Cup because I’ve watched plenty of games back in New Zealand and it’s a really good competition” Tito told the South Wales Echo.


“For nine years I played Super 14 and although it was enjoyable you do get sick of it and you want to test yourself in a different environment.

“I have come here to show my worth, put in some good performances and hopefully make Cardiff a better team that can win things.”

Tito went through an intense training work out with the Blues at Llanharan Rugby Club last night.

Hundreds of Blues supporters turned up to watch the open session which lasted an hour before the players and coaches signed autographs and posed for pictures with the crowd.