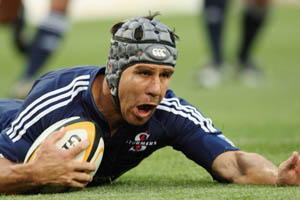 Harlequins have revealed the signing of South African centre De Wet Barry on a two year contract that will keep him at The Twickenham Stoop until at least June 2009. - 29/06/2007 10:00

Harlequins have revealed the signing of South African centre De Wet Barry on a two year contract that will keep him at The Twickenham Stoop until at least June 2009.

The 28 year-old Springbok joins Quins from Super 14 franchise The Stormers where he started his rugby career nine years ago in 1998 as part of the Under 21 set-up. In that time he has since won 65 provincial caps, 66 Super Rugby caps and 39 Test caps.

Renowned as a hard running centre with a solid defence and an excellent work rate, the highly valued centre brings with him a wealth of experience and will be joining the rest of the Quins squad in October following the Currie Cup in South Africa.


Commenting on his career at The Stormers De Wet Barry said: “I have thoroughly enjoyed my time and the set up at Western Province. It is a great environment to play rugby in and I have formed solid friendships over the years which I will carry through with me in my life. Western Province is a Union with a great history and it has been an honour to represent them over the years.”

“I was fortunate to play for the Springboks and felt a great sense of pride to represent South Africa. I am looking forward to the challenge of joining Harlequins and look forward to the new chapter in my rugby career. My wife, Marcelle, and I are looking forward to experiencing life in a different country. I am sure I will be very happy at Harlequins and intend on making the most of this opportunity. I would like to thank the players, management and fans of Springbok, Western Province and Stormers rugby who have played such a huge role in my life in the past nine years and wish you much success for the future.”

Dean Richards, Harlequins Director of Rugby commented: “I’m absolutely delighted to have secured the services of such a quality player.”

“As I’ve said before, I’m very excited about what we’re developing here at Quins and confident about building on our encouraging return to the top flight this season.” 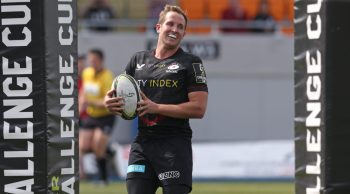