It will be tough – Ryan 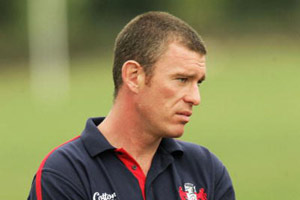 Gloucester coach Dean Ryan says his team are ready to test themselves against the best in Europe - and that means Munster. Watch the video here. - 02/04/2008 21:24

The Kingsholm club, who fell at the group stages last season, have been drawn in Pool 2  against Magners League champions Ospreys, Ulster and Bourgoin.


Gloucester already have experience of both Ulster and Bourgoin in the Heineken Cup. In the 2004/05 season they beat Ulster 55-13 at Kingsholm before losing 14-12 at Ravenhill.

The year before, they managed back-to-back victories over Bourgoin, who were then coached by former Gloucester director of rugby Philippe Saint-Andre. After winning 49-13 at Kingsholm, they triumphed 37-18 at the Stade Pierre Rajon.

“Be in no doubt, this is a tough draw for us but looking at some of the other pools it could have been worse,” Ryan said.

“The Heineken Cup is an environment where we want to test ourselves against the best opposition and I am sure this group will provide that.

“Last season we learnt a great deal about ourselves in European competition and teams like the Ospreys, Ulster and Bourgoin will test us again.

“We have had experience of going to places like Ulster and Bourgoin before and that will be a benefit. It is a great competition to be part of and we are invigorated about the challenges that lie ahead.

“I have a lot of respect for the Ospreys – they are an outstanding team – and we know that Ulster and Bourgoin are significant opponents.”