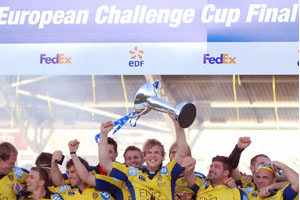 Clermont defeated Bath Rugby 22 to 16 in a thrilling European final at the Twickenham Stoop on Saturday 19 May 22.  Click here to view highlights from the European decider.


Clermont, who have won an inpressive two European Challenge Cup titles (2007 and 1999), are chasing their first French Championship honours and face Stade Francais Paris on Saturday next in Stade de France.

Fans who missed the European Challenge Cup final can sample the action and the atmosphere with ercrugby.com’s match highlights courtesy of Sky Sports.