Narbonne and Agen relegated from Top 14 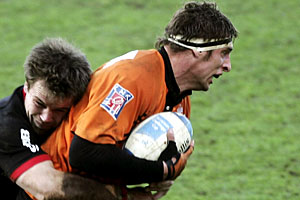 After 66 consecutive matches in the European Challenge Cup

After 66 consecutive matches in the European Challenge Cup, Narbonne won’t appear in European competition next season after falling out of the French Top 14.

Beaten 29-0 at Albi at the weekend, Narbonne drop down to the Pro D2 next season along with Agen.

Celebrating their 100th anniversary this season, it will be the first time Narbonne have been in the lower division. Agen, who were in the Heineken Cup this season, fell 18-5 at Stade Francais Paris to complete their fall from grace after 81 years in the First Division.

The Parisians ended at the top of the table and will now meet Biarritz Olympique in Bordeaux on Friday night (kick-off 9.00pm local time) in the first of the Championship semi-finals. Second placed Toulouse will meet Challenge Cup winners ASM Clermont Auvergne in the second semi-final the following day (kick-off 5.00pm local time) in Marseilles.

Auch will return to the Challenge Cup next season after winning the Pro D2 title. They will be joined in the top flight by Dax who defeated La Rochelle 22-16 in Bordeaux on Sunday winning the battle for the remaining promotion place.