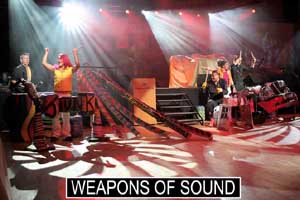 The gates of Twickenham Stadium will open at 11:00am for the Heineken Cup final on Sunday 20 May so get in early to enjoy the pre-match entertainment. 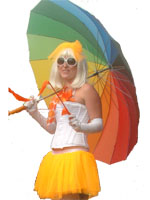 Fans travelling to the Heineken Cup final at Twickenham Stadium are advised to arrive early to ensure that they are in time to enjoy the pre-match build up.

From early morning the home of English rugby will be buzzing with street entertainers including jugglers, fire-breathers, clowns and lots more besides.

Before the match kicks-off Twickenham Stadium will be alive with the beats of “Weapons of Sound” on the pitch in a pre-match warm up with a potential crowd of over 80,000 fans. 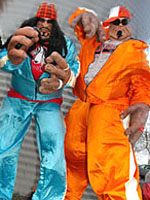 “Weapons of Sound” have performed at The Champions League Final in Paris (May 2006) by royal appointment at The Queen’s Jubilee Party celebration at Buckingham Palace (summer 2002) and kicked off the opening ceremony of the Commonwealth Games in Manchester (2002).