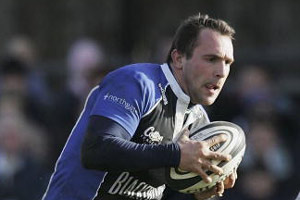 David Bory is determined to leave Bath Rugby with silverware in The Rec trophy cabinet- even if it comes at the expense of his hometown and old club. - 15/05/2007 11:43

David Bory is determined to leave Bath Rugby with silverware in The Rec trophy cabinet- even if it comes at the expense of his hometown and old club.

The former French wing, a European Challenge Cup winner with Montferrand in 1999, faces his old club (now ASM Clermont Auvergne) in the final at the Twickenham Stoop on Saturday anxious to make his a winning farewell appearance for the English club.

“If we want to save our season we must win this final,” said Bory, who has signed a two-year deal to play for Brive from next season.

“It is a very big day for Bath because we were disappointed with our finishing position in the Premiership but in Europe over the last two seasons we have played quite well – last season we reached the semi-finals of the Heineken Cup and now we are in the final of the European Challenge Cup.

“It is true I know Clermont very well because I played for them for 13 seasons, have a home there and many, many friends and relatives in the area.

“I was in the Montferrand team who beat Bourgoin to win the European Challenge Cup in 1999 and that was a huge day for the club because it was the first title they had won since 1911. I know they want to win another title and this will be a great opportunity for them.

“That 1999 win in Lyon is their only honour in nearly 100 years so we know they will want to add another one at the Stoop.”

And Bory warns his team-mates to prepare for an ASM Clermont team that has few obvious weaknesses – “they have talented players everywhere across the field,” he said.

“They have many international players from France, New Zealand, Canada, Argentina and Italy; they are very big in the scrum and line-out; they have great organisation at the ruck and their backline is very fast and difficult to contain.

“They have good hands but also play with a touch of southern hemisphere style as their coach Vern Cotter is a former Canterbury coach who has been a huge success with the club.”

And while ASM Clermont are still right in the mix for domestic honours, Bath have been kicking their heels since the end of the regular Premiership season.

“I am not sure if that is an advantage for us because each weekend Montferrand have been able to stay with their game while, aside of one friendly game to give us competition before the final, we have not been playing and gaining match practice.

“However, I think we are fresher and maybe with the bigger enthusiasim for the final but perhaps we will miss not having had competition during that time.

“What is a great advantage for us is the possibility of up to 10,000 of our supporters going to the Stoop to encourage us and cheer us on – although the last time Bath went to a European Challenge Cup final three years ago they lost because they were so stressed and missed out.

“This time I hope we play the way we have been during this tournament – more relaxed and not quite so stressed.”