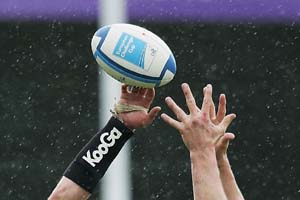 Brive secured a place in the European Challenge Cup quarter-finals after they beat Connacht 22-15 at the Galway Sportsground on Friday night. - 08/04/2008 10:05

There are tickets available for the European Challenge Final between ASM Clermont Auvergne and Bath being held at the Twickenham Stoop this Saturday 19 May, kick-off 5.35pm.

The clash between the 1998 Heineken Cup champions Bath Rugby and the 1999 European Challenge Cup champions ASM Clermont Auvergne promises to be a thrilling game. Last year’s final between London Irish and Gloucester Rugby went down to the wire and Gloucester emerged as champions after extra time.


With 80,000+ rugby fans descending on Twickenham for the Heineken Cup final on Sunday there is an opportunity for fans to enjoy both European club rugby finals in the same weekend.

With almost 9,000 tickets sold for the final in the Harlequins homeground Twickenham Stoop, fans still have a chance to purchase tickets for the European Challenge Cup final by calling the Harlequins ticket office on 020 8410 6000.

Fans can no longer purchase tickets from Bath Rugby or ASM Clermont Auvergne.

The ticket office at Twickenham Stoop and gates will open to the public at 2.30pm on Saturday 19 May.