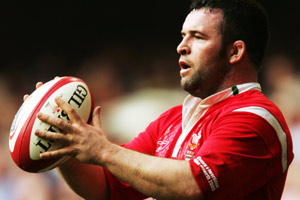 Wales hooker Mefin Davies has confirmed he has signed for Leicester Tigers, leaving Gloucester after three seasons at the club.

Davies, 34, joins English champions Leicester who beat his Gloucester side 44-16 at Twickenham to lift the title.

The 37-times capped Welshman told BBC Sport Wales he signed two weeks ago and is delighted to be joining the Tigers.


“They have an unbelievable squad and I feel really honoured at this stage of my career to be a part of it,” he said.

“It will be a huge lesson for myself and it will be great for me to see how Leicester do it. I am really excited by the challenge but you’ve got to thrive on these challenges and I’m looking forward to it.”

Davies was among the replacements in Saturday’s Premiership final at Twickenham between current club Gloucester and future employers Leicester.