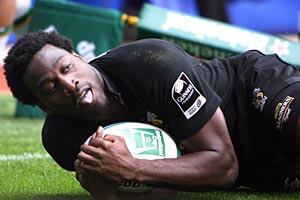 The Heineken Cup final this weekend will be broadcast to TV audiences in well over 100 countries worldwide.

In addition to the coverage in the competing nations of England, France, Ireland, Scotland and Wales, the matches will be broadcast to audiences in New Zealand, Australia, Argentina, Canada, the USA and the Caribbean.

Other European countries such as Spain, Romania, Slovakia, Poland, Czech Republic, Greece and Hungary will all be televising the matches and the final will also be shown in numerous countries in the Middle East and Africa.


For fans who miss any of the games there will be highlights of Sky Sports’ coverage of the final available on ercrugby.com.