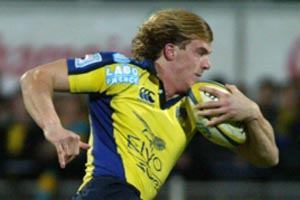 ASM Clermont Auvergne coach Vern Cotter remains upbeat about the chances of the French club surviving the 'Pool of death' and progressing to the Heineken Cup quarter-finals - 11/01/2008 15:09

Bath Rugby will face a red-hot ASM Clermont Auvergne side when they clash in the European Challenge Cup final at the Twickenham Stoop on Saturday (5.35 pm).

The French club – appearing in their third European Challenge Cup final – blitzed Albi with 10 converted tries on Saturday and are third in the French Top 14 with an emotional 70-6 victory to mark Tony Marsh’s farewell home match.

ASM Clermont, with one round of Championship matches remaining, are three points adrift of leaders Stade Français Paris and two behind Toulouse as they turn their attention to Europe and the chance of repeating their Challenge Cup success of 1999.

Then they beat Bourgoin 35-16 in front of a tournament record crowd of 31,986 in Lyon, although on their last appearance in a European Challenge Cup final they were pipped 27-26 by NEC Harlequins three years ago.

Bath Rugby completed their Guinness Premiership programme with a 20-12 win at Newcastle Falcons back on 28 April that clinched eighth place and got some vital match practice at a soggy Monks Lane last Thursday when they beat Newbury 65-0 in a friendly.

“We have been playing in dry weather for the last few weeks so for this to happen was a good wake-up call as perhaps it will be like that at the Stoop on Sunday,” said Head Coach Steve Meehan.
Bath are in their second final having lost 48-30 to London Wasps in 2003.