Focused Ibanez to take his chance of glory 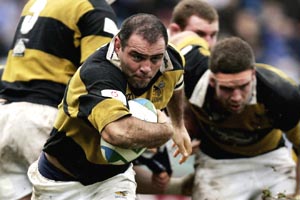 – now the hooker is totally focused on the club business of helping London Wasps reach the 2007 Heineken Cup final at Twickenham next month.

.. Ibanez is in his 11th season of European club rugby and is one appearance short of a half century of Euro matches having played for Wasps, Perpignan, Dax, Castres Olympique and Saracens in either the Heineken Cup or European Challenge Cup.

“We are now well and truly at the business end of the club season – and now is the time to deliver as a team,” said the 35-year-old as
Wasps prepare to clash with Northampton Saints in the all-England semi-final at the Ricoh Stadium in Coventry on Sunday.

“This is a massive game. A Heineken Cup semi-final is up there with the biggest of the big ones and the match on Sunday is something really fantastic for everyone – the club, the players and the fans.”

Wasps lifted the Heineken Cup in 2004 but Ibanez insists it is all about today and not yesteryear, adding: “At Wasps we look forward not back but we all know just how much it would mean for the club to get to another Heineken Cup final.

“This is a huge chance for us to achieve something really tremendous and the motivation is extremely high.”

Wasps beat Northampton Saints 35-29 at the weekend to keep their Premiership play-off hopes alive and could be in the mix for silverware on two fronts.

“With the quality and depth of the squad at Wasps you want to be chasing every honour on offer and with the Heineken Cup and Premiership we still have so much to play for in the closing stages of the season,” he said.

“Of course when you play for your country you want to achieve as much success as possible. But when you run out with your club there is the difference that you are doing it with the team-mates who you train and play with all year and that this is the chance to reward everyone for all they have done over a long, hard season.

“However, Northampton did really well in the quarter-finals. Biarritz were pretty confident going into the game, saying how they had already played them twice and beaten them twice, but we all know what then happened in San Sebastian.

“The result means Northampton deserve to be in the semi-finals and we have a huge amount of respect for them.

“Our preparations for the semi-final have included some good performances, although in the first half of the quarter-final against Leinster we did not really play to the standards we expect of ourselves in respect of our attacking game.

“However, we reacted to that as a team through our defence, which demonstrated the character of the side, and we came good in the second half.

“We are still looking for the perfect game – and we have got the team spirit to produce that – and the semi-final would be a good place to come up with that performance.

“The Heineken Cup semi-finals are always huge occasions and we understand that the Ricoh Stadium in Coventry is a great ground so we are looking forward to playing there.

“I have had a few mixed experiences in European competitions but now all I am focusing on is Wasps and what we can achieve together as a team.”