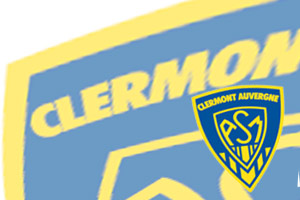 Clermont they go into their home European Challenge Cup semi-final against Newport Gwent Dragons determined to go all the way to next month’s final.

“As a team, we made it one of our season’s goals to win the European Challenge Cup and, now that we are in the semi-finals, we are really in a position to maybe realise that goal,” said outside half Brock James and man of the match in their quarter-final win over Newcastle Falcons.

“We are not there to make up the numbers and we have a real shot of reaching the final. European rugby is very different to playing the domestic game and there is the great opportunity to play against different styles of opposition.

“Obviously last weekend’s game against Toulouse was pretty important, but the semi-final of the European Challenge Cup is another big game for us and we are going to be getting into some intensive preparation this week.

“It’s a hard part of the season now with every game being so important so the tempo has been up for a while now and we should slip fairly easily into semi-final mentality.

“We were disappointed with last week’s performance and we know that there are a lot of things we need to focus on and put right before Saturday so it’s going to be a busy week.

“We have got lots of things to work on as a team and we’ll look at the strengths and weaknesses of the Dragons and try to exploit what we can.

“I know that they have had much better home form than away this season so we are going to make the home advantage work for us.

“Having said that, although we are being touted as favourites for the match, that doesn’t mean anything if you can’t produce the goods on the day. We’ll try and focus our game strategy on the weaknesses of the Dragons.

“We know they are a strong side and that they will play a very physical game so, with the turnaround being just six days – which is shorter than we are used to – it’s going to be a real challenge.”

And while coach Vern Cotter accepts they are left to fly the French flag, he does not see that as being a hindrance in their pursuit of glory.

“As far as being the only French side left in Europe, we are not feeling the pressure – we are just happy to still be in the competition, and we are looking to go as far as we can,” he said. “The guys all want to come home with silverware of course and another European title would be great!

“Although I don’t know Newport particularly well, we know Brive and we know that Newport beat Brive by 30 odd points in the quarter-final which isn’t easy to do. We also know that they’ve got quality all over the park and have a very complete style of play with the combinations of serious power and pace.

“We are focussing on our performance on a match-by-match basis and we know we are capable of putting in a really good game but we have to look at our shortcomings from our match against Toulouse and try and make sure we get everything right on the day.

“I think after the game against Toulouse last week, the boys are just going to want to get back on the paddock. Although we may be in a strong position going into the match, they are a strong side and we will take nothing for granted.”