Two Nations – But a Cosmopolitan Cast 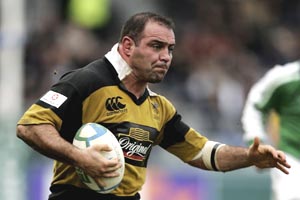 French captain Raphael Ibanez is one of the numerous overseas players that will be taking part in this year Heineken Cup semi-finals.

There might be teams from only two nations left in the search for Heineken Cup glory but between them there are international players from 11 different countries still in the hunt to join the elite 209 players to have claimed cherished Heineken Cup final winners’ medals.

Aside of the host of English and Welsh test players taking part in the semi-finals, the four squads also include capped players from New Zealand, France, Ireland, Scotland, Italy, Argentina, Fiji, Samoa and Tonga.

Players from 14 different nations are already on the roll of honour with 64 Englishmen and 64 Frenchmen having collected winners’ medals.

They are followed by Ireland (44), Scotland (nine), Wales (eight), South Africa and New Zealand (four each), Samoa and Argentina (three each), Australia (two), and Italy, USA, Canada and Poland on one apiece.