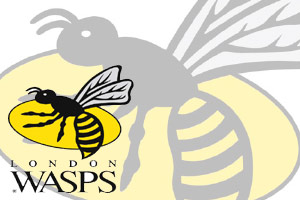 Payne, who was helped from the field towards the end of the first half, underwent a scan yesterday that confirmed he will miss the rest of the season for Wasps and England’s tour to South Africa in the run up to the World Cup in September. He will be seeing a specialist next week in order to assess the injury further.


Wasps Director of Rugby, Ian McGeechan said, “Obviously Tim and everyone at the club are hugely disappointed that he is going to miss the rest of the season. He has been one of our most consistent players this year, and his good form was rewarded with selection to start for England at the end of the Six Nations. We are all very sorry to be losing Tim for the last part of the season.”

Crucially Payne will play no part in his side’s match against Northampton Saints, the winner of which will play either Leicester Tigers or Llanelli Scarlets in the Heineken Cup final on May 20.