Stade have one thing on their minds 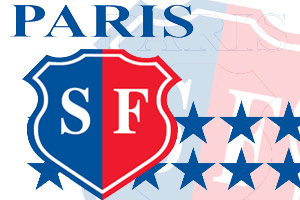 Stade Français Paris have been thinking of only one thing for the last two months – their quarter-final trip to face former double Heineken Cup champions Leicester Tigers in their own lair on Sunday afternoon.

The two clubs have already met seven times in the tournament, the Parisians 4-3 ahead overall although Leicester won the one that really mattered, triumphing 34-30 in the thrilling 2001 final at Parc des Princes.

But now the venue is Welford Road with the prize of a “home” semi-final tie against either Llanelli Scarlets or defending champions Munster on offer to the winners and hooker Benjamin Kayser is adamant that missing out in two finals has only made them all the more determined to lift European club rugby’s most treasured silverware.

“The quarter-final is the big game for us – the clash against Leicester is massive,” said the 22-year-old. “It has been a very long time since I last saw Stade Français so concentrated and focused on one game.

“We have been thinking about this quarter-final for the last seven or eight weeks. Even when we played Toulouse at the end of January, we were already thinking about it.

“Everyone was thinking right, we have this important game against Toulouse, but after that, we have Leicester.

“But we know just how tough this is going to be for us. We were well aware of that even before we were hit with the injuries, even more so now we know that we have lost some of our depth in strength and back-up.

“Leicester are a big, big team to take on, but I think if we are able to come away with a victory, it will give us a new confidence in terms of winning games under pressure and winning on the big occasions on the home straight of the season.

“This game could have a massive impact on the rest of our season.”

Stade Français Paris have suffered Heineken Cup final heartbreak twice, losing 18-12 to Toulouse in extra time of the 2005 Murrayfield final, but will welcome back their current international contingent fresh from winning the Six Nations title.

Now they are in the knock-out stages for a seventh time after missing out last season when Leicester denied them a place in the last eight as Pool 3 winners.

“I know that our international players have just come through a very heavy period of extremely intense matches,” said Kayser.

“They have played some very high level rugby and it has not been easy for them. We had just come away from a really intense match against Toulouse – which we only just won – and then so many of our players had to go straight into seven hard weeks with their respective international teams.

“Then of course there are our injuries. For fellow hooker Dimitri Szarzewski it’s a hard injury to have but I think he’s taken the right decision in getting the operation and getting things sorted out as he wants to get back to playing at 100 percent.

“Losing captain David Auradou was a massive blow, but we are hoping that he’ll be back before the end of the season, and, for me, the most frustrating is Sylvain Marconnet’s injury. He’s such an important player and when he’s on form he is absolutely fantastic.”