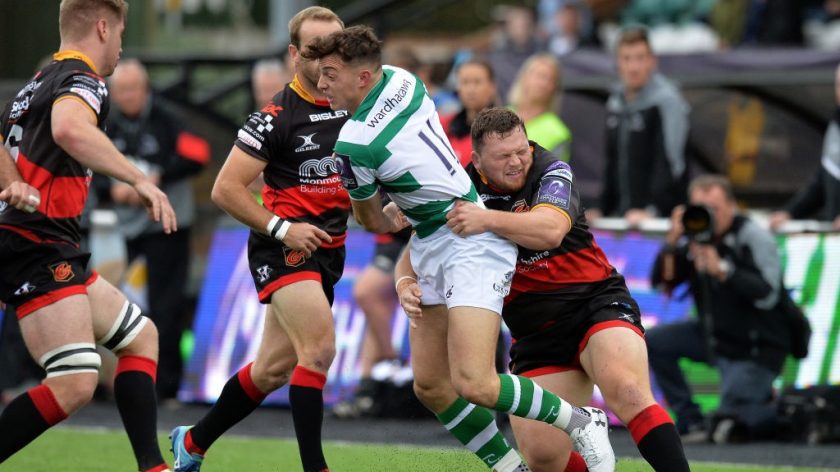 Newcastle Falcons’ second row stocks have been secured for the next two years, with Jason Oakes, Andy Buist and Sean Tomes all signing new deals to stay at the club.

Oakes, a summer recruit from Otley, has impressed since making the step up from National Division One, making 22 appearances in his maiden top-flight season.

The 29-year-old has agreed a two-year deal with the option of a third year, while fellow forward Buist (23) stays at the club after coming through the academy.

The final lock putting pen to paper on a new deal is former Scotland Under-21 international Sean Tomes, who made his first team debut this season.

Falcons forwards coach, Peter Walton, said: “It’s great news to have all three lads signed up, and gives us good continuity in planning as we continue to build our pack.

“Jason has had an outstanding season with us in his first year in the Premiership. He is a local lad who has stepped up from National Division One, worked extremely hard and made the most of his chances.

“Both Andy and Sean continue to make good progress, and we look forward to working with all three players for the next two years as our pack continues its current improvement.”

Falcons travel to Clermont Auvergne for a tough European Challenge Cup quarter-final against the French team that are flying high in the Top 14. The quarter-final, which will be live on FR4 and Sky Sports, kicks off at 18h on Friday 30 March.