Burke To Lead Falcons In Europe After Turning Down Australian Approach 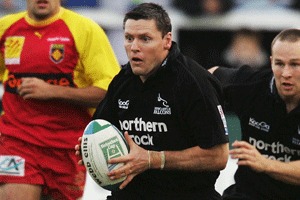 Newcastle Falcons’ World Cup winning captain Matt Burke has turned down a return to the Wallabies.

European Challenge Cup quarter-finalists Newcastle Falcons have confirmed that their captain Matthew Burke has turned down an approach from Australia coach John Connolly to return to the Wallabies ahead of the Rugby World Cup i France.


A move back to the Australian set up may have taken the experienced full back out of the Falcons’ European Challenge Cup knock-out campaign which starts with a quarter-final away to ASM Clermont Auvergne on Friday, 30 March.

Falcons fans will be delighted with Burke’s decision as the 33 year old has already scored three tries in his four appearances in this European campaign. Burke has scored a total of 115 points in Europe since joining Falcons in 2004.