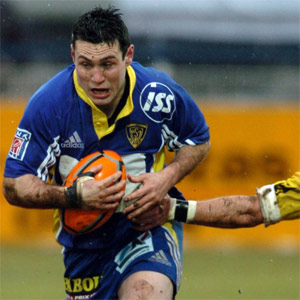 Llanelli Scarlets out-half Stephen Jones is ruled out of the final weekend of the Six Nations and may also miss the Heineken Cup quarter-final. - 14/03/2007 13:03

Llanelli Scarlets out-half Stephen Jones is ruled out of the final weekend of the Six Nations and may also miss the Heineken Cup quarter-final.

Double ERC Elite Award winner and Wales captain damaged his wrist in Rome but was passed fit to start until he aggravated the injury in training yesterday.

X-rays last night revealed Jones had suffered a fracture. Jones is expected to be out for up to three weeks, which makes him a doubt for the Llanelli Scarlets’ Heineken Cup quarter-final against Munster on Friday 30 March.

Wales physio Mark Davies claimed Jones had returned to training because he had recovered sufficiently from the eye and wrist injuries sustained against Italy in Rome.

“He was made available for selection before aggravating the problem in training,” said Davies. “A scan revealed an uncommon injury in the form of a break to a small bone in his right wrist, which limits his ability to function.

“As a result the wrist will be put in a splint and immobilised for the next two to three weeks. The problem doesn’t require surgery.”