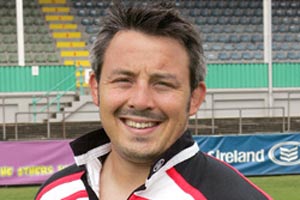 The 28-year-old hooker has been a regular for the Irish province since making his debut against Toulouse in the Heineken Cup in October 2000.


An aggressive scrummager, Shields won two caps for Ireland in 2003 and he recently won his 100th Ulster cap in the Magners League victory over the Dragons.

“It was an easy decision to make,” said Shields. “Northampton has a lot of history and is one of the biggest clubs in England. I remember watching Buck Shelford and Martin Bayfield play for the Saints when I was growing up and the club has a high profile in Ireland.

“I’ve played here with Ireland ‘A’ and visited with Ulster so I knew that the facilities are world class. There’s everything here for players to push on and improve.”

Saints head coach Paul Grayson said: “Paul has a track record of quality, especially in his last few seasons as part of the successful squad at Ulster.

“He will be a useful addition to the squad and will challenge and help develop the likes of Dylan Hartley.”