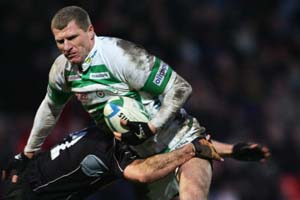 Malcolm O’Kelly, Keith Gleeson and Luke Fitzgerald have all been named in an enlarged, Leinster squad for the Benetton Treviso friendly, as the trio make a step up in their rehabilitation.

Heineken Cup quarter-finalists Leinster continue their preparations ahead of a massive period in the season with a friendly against the Italian Heineken Cup side Benetton Treviso on Wednesday 14 March in Donnybrook Stadium (KO: 6.30pm).


The Leinster squad includes Felipe Contepomi alongside the likes of Stephen Keogh and Chris Whitaker, while Rob Kearney, Kieran Lewis and Jamie Heaslip could also feature after being involved with the Ireland squad in recent weeks.

The Leinster starting XV will be confirmed closer to kick off.

Meanwhile, the Italians are captained by Marius Goosen and have also named pacy Australian full-back Brendan Williams as well as Italian internationals Gabriel Pizarro, Andrea Marcato and Enrico Pavanello in their starting line-up.

Cash will be taken at the turnstiles on the night. There is free entry for season ticket holders and for all children Under-12 (accompanied by an adult).