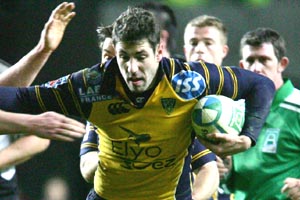 Fans have until Friday 9 March to purchase their European Challenge Cup quarter-final tickets from the ticket office of ASM Clermont Auvergne at Parc des Sports.

The 1999 European Challenge Cup champions will provide formidable opposition for the Newcastle Falcons in the first quarter-final of the European club rugby weekend.

Clermont are flying high in France and currently lie in second place in the Top 14 behind Heineken Cup quarter-finalists Stade Francais Paris.

These sides clashed during the Pool stages of the 2003/04 season. While each side won their home game, Clermont Auvergne topped the Pool and continued to the final in the Madejski Stadium, where their were beaten by a single point by NEC Harlequins.

In 2006 the Falcons were defeated by London Irish in the the semi-finals. But if they are to reach the semi-finals again and keep their hopes alive of lifting the European Challenge Cup the English side must overcome the French challenge that awaits in Clermont.

The English side are set to travel to Parc des Sports for a 6.00 pm kick-off (local time) on Friday 30 March, which will be shown live on France 4 and Sky Sports.