Staunton on the move 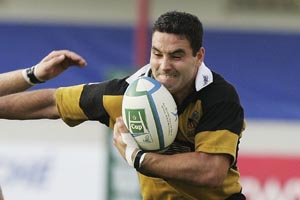 Jeremy Staunton will be leaving Heineken Cup quarter-finalists London Wasps at the end of the 2006/07 season and moving to London Irish on a two year deal.

The fly half, who joined Wasps from NEC Harlequins at the start of 2005-6, has since made 33 appearances for the club to date. The 26-year-old has 32 Heineken Cup caps to his name including 23 caps while wearing the Munster jersey.

Limerick born Staunton, who has four international caps with Ireland, will be hoping that London Irish can hold onto sixth postition in the Guinness Premiership so that the Exiles can continue to compete in the Heineken Cup next season.

But the season is far from over for Wasps who face Leinster in the Heineken Cup quarter-finals. London Wasps will line out in front of their home crowd in Adams Park in a bid to keep the dream of a second Heineken Cup final in Twickenham Stadium alive.

“My focus will continue to be at Wasps for the remainder of the season,” said Staunton, “as I came to this club to win things, and our chances in this season’s Guinness Premiership and Heineken Cup are still very healthy indeed.”