Marconnet out of Heineken Cup 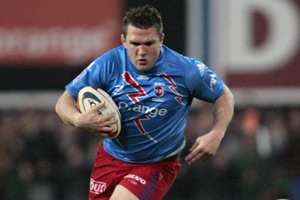 Stade Francais Paris will be without front row expert Sylvain Marconnet for their Heineken Cup quarter-final clash with Leicester Tigers after he broke his leg in two places in a skiing accident on Sunday.

France’s most capped prop underwent an operation today (Monday) and is likely to be ruled out for up to four months. It means an end to his Six Nations campaign, means he will miss the rest of the Top 14 and Heineken Cup season and will be faced with a race against time to be fit for the Rugby World Cup.

Marconnet was skiing in Tignes, in the Alps, with the French team as they were preparing for the fourth round of the Six Nations. The 31-year-old has played 62 games in Europe with the Parisian side – more than any other player – and will be sorely missed.

The Tigers have a front row problem of their own at the moment with an injury to powerful Italian prop Martin Castrogiovanni. He broke down in the win over Scotland and misses this weekend’s clash with Wales in Rome.